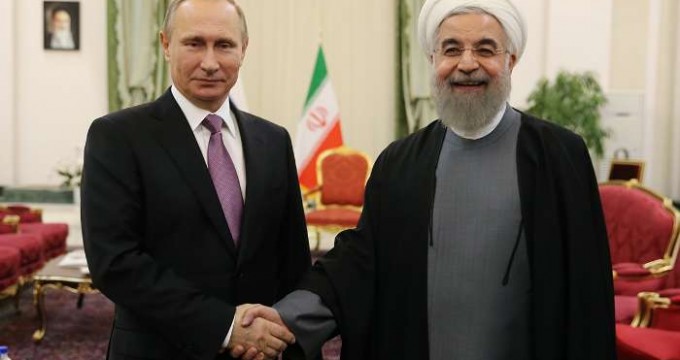 Iranian President Hassan Rouhani and his Russian counterpart Vladimir Putin on Wednesday highlighted the significant of cooperation between Tehran and Moscow for the political resolution of the Syrian crisis.

Iranian Foreign Ministry Spokesman Hossein Jaberi Ansari announced that the visa section of British embassy in Tehran will resume its operation from Wednesday, more than four years after the relations between the two countries soured.

Leader of the Islamic Revolution Ayatollah Seyyed Ali Khamenei says enemy has failed to prevent the Iranian people’s allegiance to the Islamic establishment through pressure over the past 37 years.

Iran on Tuesday confirmed that it has ordered 50 planes from Brazil’s Embraer, the world’s third biggest commercial aircraft manufacturer.

Supreme Leader of the Islamic Revolution Ayatollah Seyed Ali Khamenei underlined importance of the Friday parliamentary elections in Iran, and said the Iranian people favor legislators who bravely and vigilantly stand against the US plots.

Road minister said Iran Air seeks share sales at an international level adding the whole Iranian air fleet will become modernized.Speaking at a ceremony for the 55th anniversary of Iran Air establishment, Iran’s Minister of Road and Urban Development Abbas Akhundi pointed to the existence of 250 aircraft in the Iranian fleet 150 of which are active while the rest need to be removed for taking too much space at Iranian airports.

Iran’s Mellat Bank plans to normalize operations of its branch in Seoul as early as next month following the lifting of sanctions on the Middle East country, a bank official said Wednesday.

Iranian President Hassan Rouhani has deemed it a ‘mistake’ to be exaggerating foreign influence in upcoming elections and insulting the nation’s intelligence.