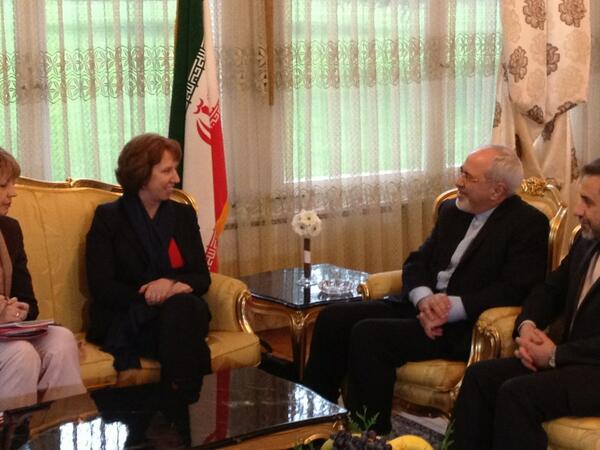 Iran, 6 other countries to start 2nd day of nuclear talks

Iran and six other countries are set to start the second day of a new round of talks over the Islamic Republic’s nuclear energy program in the Swiss city of Geneva.

Senior Iranian negotiator with the world powers Seyed Abbas Araqchi announced that the three European countries (France, Germany and Britain) attending talks with Tehran as well as the US, China and Russia have assured Iran that they have come to the new round of talks in Geneva with a united position, unlike the previous round of negotiations which was spoiled by France’s negative approach.

Iran nominated as AFC national team of the year

After Iran and Esteghlal skipper Javad Nekounam’s nomination for the AFC Asian Player of the Year trophy, also Iran’s national team made it among the final three candidates for the national team of the year category.

Iranian Deputy Foreign Minister and senior negotiator in talks with the major world powers Seyed Abbas Araqchi and his Chinese counterpart met on the sidelines of Iran-Group 5+1 (the five permanent UN Security Council members plus Germany) talks in Geneva.

Tehran’s Ambassador to the UN, Mohammad Khazaee, has dismissed a draft resolution on human rights situation Iran which was adopted by a UN General Assembly committee on Tuesday.

Iran on Wednesday defeated Brazil in Group B of the 3rd Samsung Beach Soccer International Cup in Dubai, the United Arab Emirates.