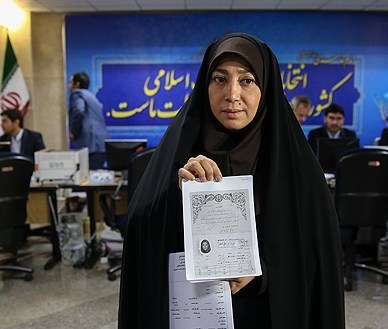 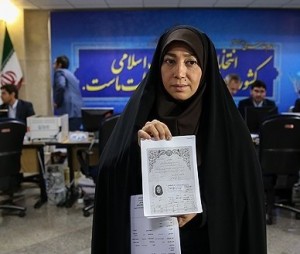 The first female candidate was registered for the upcoming presidential election in Iran, the Fars News Agency reported.

Razieh Omidvar, 46, has submitted her registration to the election headquarters, and said that her goal is to improve the country’s overall situation and to serve the public.

The international conference on diplomacy and soft power in the life of Prophet Mohammad (PBUH) kicked off here in Tehran on Wednesday.

The conference, dubbed as ‘Diplomacy and Soft Power in the Great Prophet’s (PBUH) Sirah (life and tradition)’, is underway in the conference hall of the Islamic Republic of Iran Broadcasting (IRIB) in Tehran.

Iranian Foreign Minister Ali Akbar Salehi has dismissed the idea of foreign intervention in Syria, saying that the crisis in the Arab country can only be resolved through national dialogue.

He made the remarks during a meeting with Syrian President Bashar al-Assad in the Syrian capital Damascus on Tuesday.

Iran is now among a small number of countries possessing the technology to defuse and clear naval mines, said the Iranian commander Wednesday on the sidelines of the ongoing minesweeping drill in the country’s southern waters where the new system was launched.

In a meeting with Iraq’s Deputy Parliament Speaker Qusay al-Suhail in Tehran on Tuesday, Larijani hailed brotherly and close relations between Iran and Iraq.