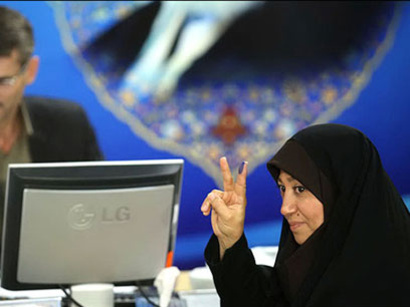 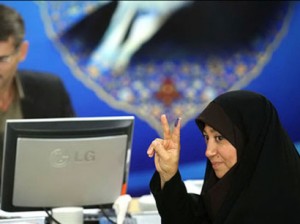 The first female candidate was registered for the upcoming presidential election in Iran, the Fars News Agency reported.

Razieh Omidvar, 46, has submitted her registration to the election headquarters, and said that her goal is to improve the country’s overall situation and to serve the public.

The Iranian Constitution has not explicitly banned women from the post of presidency. Naturally, if Omidvar wins the elections, she will become the first ever female president of Islamic Republic of Iran.

Official registration of candidates for Iran’s upcoming presidential elections started on May 7, and will last until May 11.

From May 12-16, Iran’s Guardian Council will look into the each candidate, and determine whether a candidate is eligible for participating.

If a candidate, for some reason is not eligible for participating in the elections according to the Guardian Council, then from May 17-21, that candidate will have time to protest the decision.

Iran’s Interior Ministry will unveil the names of the candidates which are competitive enough to participate in the elections on May 22-23.

After the candidates have been determined, the pre-election campaigns would begin on May 24, and end on June 12.