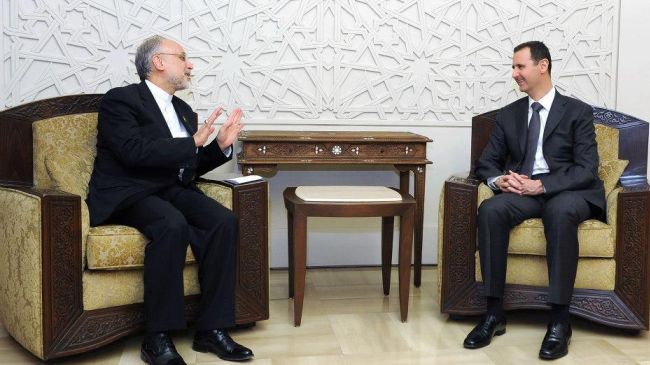 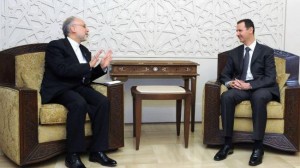 Iranian Foreign Minister Ali Akbar Salehi has dismissed the idea of foreign intervention in Syria, saying that the crisis in the Arab country can only be resolved through national dialogue.

He made the remarks during a meeting with Syrian President Bashar al-Assad in the Syrian capital Damascus on Tuesday.

The Syrian president praised the resistance in the region and said the future belongs to the Syrian people.

Referring to the Israeli airstrikes on Syria over the weekend, Assad said the attacks show Tel Aviv’s involvement in the insurgency in his country.

Salehi is in Syria at the invitation of Syrian Foreign Minister Walid al-Muallem and is scheduled to hold key talks with senior Syrian officials.

During his talks in Amman, Salehi reiterated Tehran’s support for the Syrian people and government, and voiced the Islamic Republic’s strong opposition to any foreign intervention in Syria.

The Syria crisis began in March 2011, and many people, including large numbers of soldiers and security personnel, have been killed in the violence.

In an interview recently broadcast on Turkish television, the Syrian president said that if the foreign-sponsored militants take power in Syria, they could destabilize the entire Middle East region for decades.

“If the unrest in Syria leads to the partitioning of the country, or if the terrorist forces take control, the situation will inevitably spill over into neighboring countries and create a domino effect throughout the Middle East and beyond,” he added.