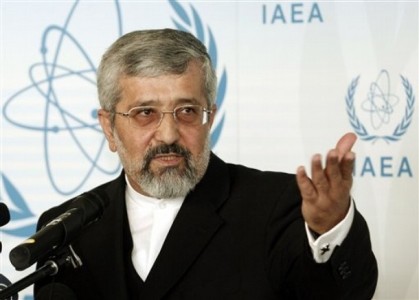 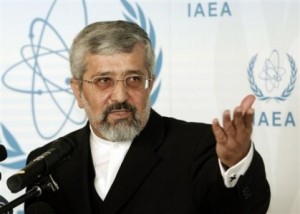 Iran news headlines on Saturday include Iran’s delegate to the International Atomic Energy Agency remarks over Iran not suspending uranium enrichment and country making progress in UN nuke talks in UN nuke watchdog meeting; Iran envoy to Lebanon condemning terrorist attack on Lebanese minister; The International Monetary Fund visiting Iran to assess the state of its economy in the first half of the year and Iran bracing for a fresh wave of toxic smog next week.

An Iranian diplomat says Tehran will not stop uranium enrichment “for a moment,” defying demands from the U.N. and world powers to halt its suspect nuclear program. The comments by Ali Asghar Soltanieh, Iran’s delegate to the International Atomic Energy Agency, come just two days after senior IAEA investigators ended two days of intensive talks with Iranian officials on allegations the Islamic Republic may have carried out tests on triggers for atomic weapons.

Iran said it had made some progress in resolving its disputes with the U.N. atomic watchdog, state media reported, even though the two sides’ latest talks failed to seal a deal on letting inspectors visit a military site. The Islamic state and the International Atomic Energy Agency (IAEA) met this week, but did not manage to revive an investigation into Iran’s suspected nuclear arms research, the U.N. organization’s officials said on Friday.

Iran’s Ambassador to Beirut Ghazanfar Roknabadi has censured the recent terrorist attack against the convoy of the Lebanese minister of youth and sports. At least four people were injured after gunmen ambushed the convoy of Lebanese Minister of Youth and Sports Faisal Karami in the northern city of Tripoli on Friday.

IMF to assess Iran economy in next six months

The International Monetary Fund will visit Iran in the first half of the year to assess the state of its economy and the impact of Western sanctions, a senior IMF official said on Friday. The IMF forecast in October that Iran’s economy was likely to contract in 2012 and inflation would likely increase to 25 percent.

Iran is bracing for a fresh wave of toxic smog next week, with authorities warning older people, children and pregnant women to stay indoors. Dangerous levels of pollution closed schools in the capital Tehran earlier this year, and the weather bureau says these conditions were set to return. Bahram Sanai, the head of the meteorological office in Tehran, said provincial governors had been warned of the dangers. In addition to the capital, critical warnings have been issued for Karaj, Arak, Isfahan and Tabriz.