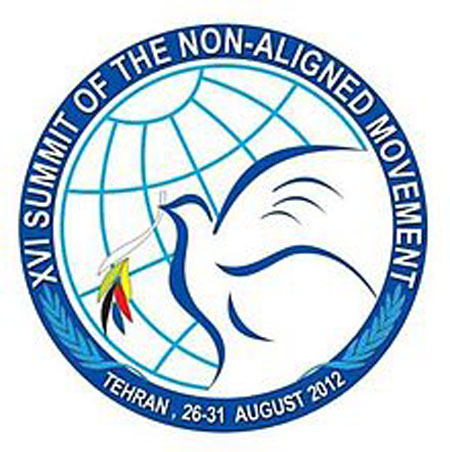 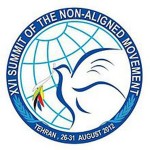 But the group’s communiqué, issued by Iranian state news media at the end of its annual meeting, omitted any mention of support for Syria, Iran’s vital Middle East ally, which appeared to reflect a view among many members that the Syrian government’s attempt to crush the uprising there was indefensible.

The conspicuous omission of Syria from the document, called the Tehran Declaration, followed a dramatic day of maneuvering by Iran’s delegation to secure some kind of support for Syria’s government, diplomats said, as the supreme leader, Ayatollah Ali Khamenei, and his aides were criticizing foreign backing of the Syrian insurgency.

Nonetheless for Iran, the final result of the Nonaligned Movement’s meeting, the biggest international gathering in Iran since the 1979 Islamic Revolution, amounted to the strongest expression of support for Iran’s nuclear energy rights in its showdown with the West. The unanimous backing of the final document undercut the American argument that Iran was an isolated outlier nation.

The Tehran Declaration document not only emphasizes Iran’s right to peaceful nuclear energy but acknowledges the right to ownership of a full nuclear fuel cycle, which means uranium enrichment — a matter of deep dispute.

The United Nations Security Council has repeatedly demanded a halt to all Iranian uranium enrichment until Iran can allay suspicions that it is seeking the ability to make nuclear weapons. The United States has led a Western effort to punish Iran with increasingly onerous economic sanctions while Iran defies the Security Council’s demands.

Iran, which has repeatedly asserted that its nuclear program is peaceful, contends it is already in compliance with its obligations as a signatory to the Nuclear Nonproliferation Treaty and has countered that Israel, which is not a signatory, has an unacknowledged nuclear weapons arsenal. Israel, which regards Iran as its major enemy, has threatened to attack Iranian enrichment sites.

The nuclear issue was further highlighted by a new report issued Thursday by the International Atomic Energy Agency, the nuclear monitor of the United Nations, asserting that Iran had rapidly escalated its uranium enrichment capacity in recent months.

The Syrians emerged as the big losers at the Nonaligned meeting, with Iran first unwilling and later unable to gather support for President Bashar al-Assad’s government. In the days preceding the closing ceremony, Iranian leaders remained silent on Syria to prevent disagreements, Iranian officials acknowledged.

Frustration was visible on Friday afternoon when the Iranian foreign minister, Ali Akbar Salehi, could be seen talking and gesturing in the main hall while debating with his Syrian counterpart for nearly 20 minutes, witnesses said. The Syrians left the room afterward, only to reappear hours later.

Diplomats said that in the afternoon, the Iranian delegation pushed for a separate paragraph on Syria and nonproliferation, which was resisted by Arab delegations. India, itself a nuclear power, was also unhappy with the proposed nonproliferation language, sources in the conference said.

Iran’s inability to help Syria at the conference came a day after Egypt’s new Islamist president, Mohamed Morsi, surprised his Iranian hosts with a ringing repudiation of Mr. Assad’s government that reflected broad Arab support for the insurgency in Syria. Experts said the speech by Mr. Morsi, whose participation in the meeting had been welcomed by Iran as a sign of an anti-Western power shift in the Middle East, should have been a wake-up call to the Iranians.

“On the one hand, they got a predictable but very helpful endorsement of their right to develop peaceful nuclear power, but their strategic position on Syria was not helped at all,” said Augustus Richard Norton, an Islamic scholar and professor of international relations at Boston University.

“That was a shot across the bow,” he said. “It gives them a sense that they’re mainly out of touch with mainstream opinion with the Arab world. That should concern them quite a lot.”

Ayatollah Khamenei indirectly criticized Mr. Morsi for his remarks, which created an awkward obstacle to Iran, the rotating president of the Nonaligned Movement through 2015.

An influential former ambassador, Hossein Sheikholeslam, was more blunt. He was quoted by the semiofficial Mehr news agency as saying that the Egyptian president had overstepped diplomatic principles, displayed political immaturity and made “a big mistake.”

Further signs of friction emanated from actions by another honored guest at the Nonaligned Movement meeting, Ban Ki-moon, the United Nations secretary general, whose participation was considered by Iranian officials to be an important repudiation of American and Israeli efforts to ostracize Iran. In a speech at Iran’s School of International Relations, Mr. Ban said that he had privately urged Ayatollah Khamenei to release all political prisoners.

With the summit meeting serving as a venue for Iranian leaders to convince their domestic audience of Iran’s international importance, state television ignored remarks that deviated from the official political narrative. Most Iranian media outlets did not comment on the contentious parts of Mr. Morsi’s speech.

One Iranian official, however, said Iran had welcomed Mr. Morsi’s opinion. “We are not against expression of views,” the official, Mohammad Javad Larijani, the head of Iran’s High Council for Human Rights, was quoted by the Mehr news agency as saying. “We also believe that no one should impose one’s opinion on others.”