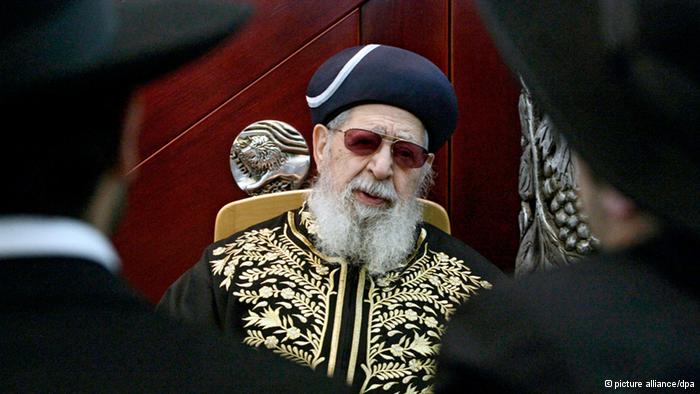 Amid Israel’s escalating war rhetoric against Iran over the country’s nuclear program, a prominent Israeli rabbi has called for prayers for Iran’s destruction.

Rabbi Ovadia Yosef said in a sermon on Saturday that Israelis must pray for Iran’s demise during a traditional Jewish New Year blessing next month over food in which God is asked to strike down Israel’s enemies.

“(When) we ask God to ‘bring an end to our enemies’, we should be thinking about iran, those evil ones who threaten Israel. May the Lord destroy them.”

Yosef is the spiritual leader of the ultra-Orthodox Shas party, a key member of Netanyahu’s governing coalition, who wields significant influence over the party’s lawmakers.

During past months, Israel has been increasingly issuing threats and ultimatums against Iran. In the most recent instances of such threats, Israeli media reported on August 21 that the regime’s Prime Minister Benjamin Netanyahu is “determined “ to strike Iranian nuclear facilities this fall, before the US presidential elections in November.

Earlier in August, Israeli Minister for Military Affairs Ehud Barak said, “We are determined to prevent Iran from becoming nuclear and all the options are on the table. When we say it, we mean it.”

The US and Israel accuse Iran of pursuing covert military objectives in its nuclear program, and have used this pretext to repeatedly threaten Tehran with the option of military strike.

Iran has reiterated the peaceful purposes and nature of the country’s nuclear program, dismissing such allegations and threats.

Iran’s Foreign Ministry Spokesman Ramin Mehmanparast said on August 15 that the “repetition of Israel’s baseless allegations” against Iran is mainly “due to the internal problems of the Zionist regime.”

“In our calculations, we aren’t taking these claims very seriously because we see them as hollow and baseless,” Mehmanparast said.

Meanwhile, Iranian officials have promised a crushing response to any aggressions against the Islamic Republic.