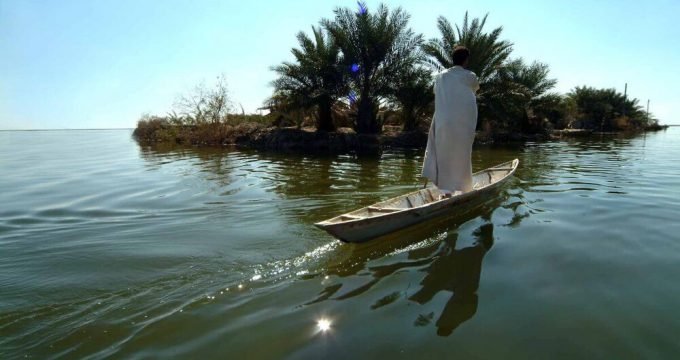 The recent rainfall has filled 70 percent of Shadegan International Wetland in the southwestern province of Khuzestan, the head of the Shadegan department of environment Rahim Majdami has said.

The water condition in most areas of Shadegan wetland is expected to improve with continuous rainfall compared to last year, he further said, IRNA reported on Tuesday.

With the cooling temperature in the regions of the northern orbit and Siberia, the Shadegan International Wetland will be host to migratory birds, Majdami stated, adding, the DOE forces are dispatched to patrol the area and protect the migratory aquatic species.

Shadegan wetland covers 530,000 hectares, 400,000 hectares of which have been designated as a Ramsar site (defined by the Ramsar Convention for the conservation and sustainable use of wetlands, recognizing the fundamental ecological functions of wetlands and their economic, cultural, scientific, and recreational value).

The wetland feeds on Marun and Karun rivers both crossing Kohgiluyeh-Boyerahmad province, but after dam construction over the Karun River, the wetland went dry not receiving its water right.

After the torrential rains and flooding started on March 19, 2020, the wetland has been saturated.

Last winter (December 2019- March 2020), 150,000 migratory birds were observed in the wetlands and reservoirs of Khuzestan. And the highest number of birds was counted in the Hour al-Azim wetland, the highest diversity in the Shadegan wetland, and the highest population decrease in the Bandoon wetland.

In January 2020, IRNA quoted Mostafa Kenarkoohi, the director-general of Khuzestan province’s veterinary department, as saying that fourteen types of indigenous and migratory birds are living in the wetland and they are monitored constantly in terms of health.