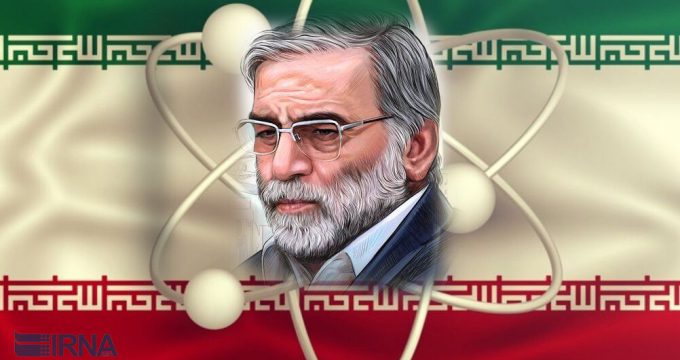 The Americans used to call him the architect of the Iranian nuclear program. He was a symbol of Iran’s dignity and its fight against imperialism.

Mohsen Fakhrizadeh was born in 1957 in the Iranian central city of Qom, a holy city where he also finished his elementary and secondary education.

Martyr Fakhrizadeh had contributed to popular campaigns against the former regime of Shah in Iran before the 1979 Revolution. He expanded his revolutionary records by participating in the Sacred Defense against the Iraqi-imposed war on Iran in the 1980s.

He founded and chaired the Iranian defense ministry’s Organization of Defensive Innovation and Research (SPND) in 2010. He received an honor from the Leader of the Islamic Revolution Ayatollah Seyyed Ali Khamenei for his scientific services in 2019.

Fakhrizadeh was a great theorist in nuclear sciences and developed a roadmap for Iran’s nuclear program. He contributed to other major scientific projects in the country including developing a homemade coronavirus vaccine that helped Iran in its fight against the pandemic.

He was also deeply interested in human sciences and frequently studied Quranic verses, philosophy, and poetry. In a meeting with members of his family, Ayatollah Khamenei hailed Martyr Fakhrizadeh as a humble and unique person.

The United Nations Security Council Resolution 1747, passed on March 24, 2007, had listed him as one of the influential figures in efforts to develop Iran’s nuclear program.

Despite being relatively unknown in Iran and around the world, the United States and the Zionist regime of Israel had maintained his name on their terror lists for more than 20 years.

American magazine Foreign Policy once designated Fakhrizadeh in its list of 500 most powerful people in the world.

He was a symbol of Iran’s power and progress while his scientific efforts represented a spirit of humbleness and anti-imperialism ideology that exists in the Iranian science community.

For many years, the Zionist regime’s Mossad intelligence service had been after Fakhrizadeh, a figure who had been described by senior Zionist officials as the father of Iran’s nuclear program.

After a first plot to assassinate Fakhrizadeh failed in 2018, he was martyred in the second attempt on November 28, 2020, in an area to the east of Tehran by a group of Mossad agents who used technologically-complicated equipment to assassinate the grate Iranian scientist.