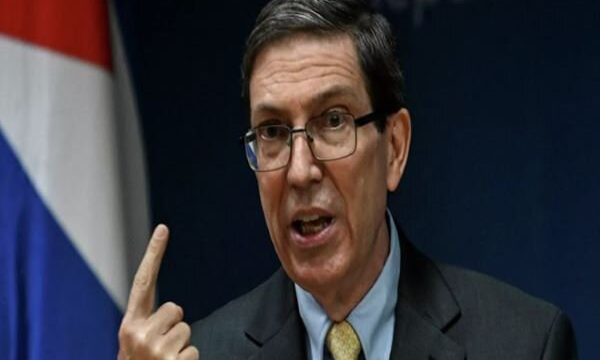 The Cuban Foreign Minister rejected the new US sanctions against Iran and called Washington’s actions an obvious interference in Iran’s internal affairs.

“We reject the new sanctions illegally imposed by the US against Iran, which violate International Law and constitute,” Cuban Foreign Minister Bruno Rodríguez tweeted, describing it as an interference in the internal affairs of that nation.

For more than 60 years, Cuba has been struggling with US’s maximum pressure and the toughest economic, financial, and commercial sanctions.

The country has always condemned any sanctions and hostile and interventionist actions against Tehran.

These sanctions are part of a coordinated campaign by the US and its allies to support the unrest in Iran and prevent it from ending.