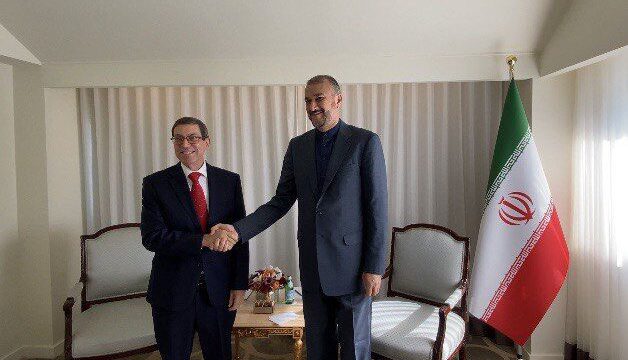 Iranian Foreign Minister Hossein Amirabdollahian and his Cuban counterpart Bruno Rodriguez, in a meeting in New York on Monday, reviewed the ways the two countries can cooperate on economic cooperation and the fight against US unilateral sanctions.

The two foreign ministers met in the US city on the sidelines of a UN General Assembly meeting.

They also expressed views on medical cooperation between the two countries on making a joint coronavirus vaccine.