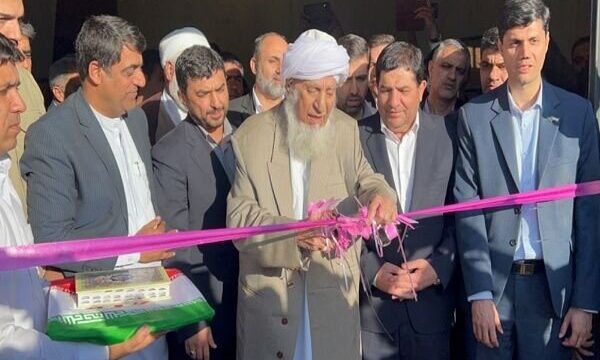 Iran has launched a first section of a key rail link to Chabahar, its only ocean port on the Sea of Oman.

Iran’s Vice President Mohammad Mokhber traveled to the city of Khash in the southeastern province of Sistan and Baluchestan on Thursday to inaugurate the 154-kilometer rail link from the city to the provincial capital of Zahedan.

The line is a key section of a 628-kilometer rail link from Zahedan to Chabahar. It has cost some 23 trillion rials ($63.7 million) to build while the government has spent double that figure on works in other sections of the project, including on track-laying between Khash to Iranshahr and to Chabahar.

Once finished, the Zahedan-Chabahar railway will allow cargo transit via Iran from the Indian Ocean to Afghanistan and other landlocked countries in Central Asia.

Speaking at the opening ceremony, Mokhber said the rail line from Khash to Chabahar will definitely finish by March 2023.

He said Iran plans to finish two other key rail links in its north and southwest to allow the international transportation of cargo from Chabahar to ports in Finland and from Chabahar to the Mediterranean.

Back in 2019, the Iranian government approved 300 million euros in special funds to finish the Zahedan-Chabahar railway after Indian companies decided to pull out of the project because of American sanctions on Iran.

The Iranian transportation ministry said last month that some 250 million euros of the fund have already been earmarked to the project and another 50 million euros will be made available in the near future.