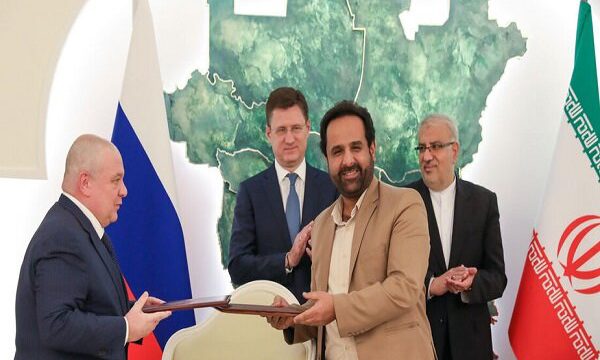 The CEO of Sina Energy Gostar Holding, affiliated with Mustazafan Foundation, said the holding was planning to build a pipeline for the transfer of petroleum products with support from Russian companies.

According to the Mustazafan Foundation, Mohammad Ziyar underlined the details of a document signed during the recent visit of Iranian Oil Minister Javad Owji to Russia in order to cooperate in the implementation of the Rafsanjan-Mashhad oil products pipeline (supplying the eastern energy market), known as “Tabash” Pipeline.

“This cooperation document was signed at the meeting of the Joint Economic Commission of Iran and Russia between Sina Energy Gostar Holding and Promsyrieimport state-run company, and based on the agreements made in this cooperation document, the Tabash pipeline is to be built jointly by these two companies,” he stated, according to SHANA.

“Based on the negotiations, this 948-kilometer pipeline from Rafsanjan to Mashhad, along with two pump stations and three terminals, will be implemented under an EPC+F contract with the cooperation of Sina Energy Gostar Holding and the Russian firm,” he added.

The official said implementation of this project will take four years, and it is decided that the Russians will provide financial resources for this project.

The project’s design, equipment supply, and implementation will also be carried out by the companies affiliated with the Mustazafan Foundation, he went on to say.

Ziyar noted, “By operating this pipeline, it will be possible to transfer oil products with a capacity of 150,000 barrels per day.”