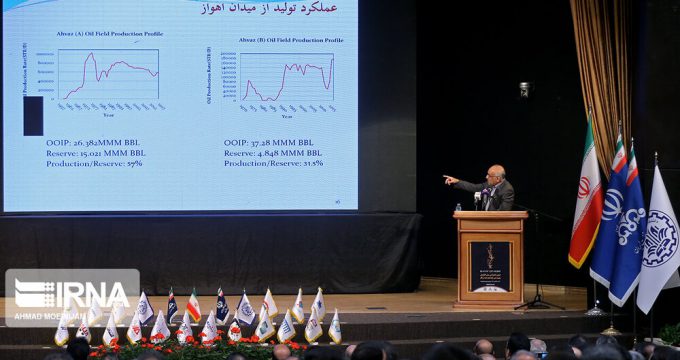 National Iranian Oil Company (NIOC) and the Sharif University of Technology have jointly organized the First National Conference on Increasing Oil and Gas Well Productivity which is currently underway in Tehran, Shana reported.

According to NIOC Head Mohsen Khojasteh-Mehr the national conference is held with the aim of increasing the recovery factor of 700 oil and gas wells across the country and several knowledge-based companies are also participating in the conference.

The conference provides a platform for introducing new technologies for increasing production in wells and in fields.

Specialized meetings covering industry-wide topics, as well as a job fair that attracts students and graduates in the fields of engineering, management, and finance will also be held on the sidelines of the conference.

Speaking at the conference, Karim Zobeidi, NIOC’s director of corporate planning said new recovery improvement methods can increase the output of the country’s oil and gas fields by 15 percent to 40 percent.

Currently, the average extraction from oil and gas wells in the country is 1,500 barrels per day in the oil sector and 1.5 million cubic meters per day in the gas sector, the official said.

Zobeidi underlined the lack of understanding of the anatomy and capacity of the country’s reservoirs, natural discharge, not using the new methods of increased recovery factor and incorrect and untimely use of well-based methods as some of the reasons for the decrease in production from the country’s oil and gas fields, saying: “We should increase the production in the old fields such as Maron, Gachsaran, Aghajari and Ahvaz with investment and technological measures and the cooperation of the country’s universities.”

According to the official, the average global extraction rate from oil and gas wells is currently 35 percent while the figure is 23.4 percent in Iran.

Elsewhere in the conference, Khojasteh-Mehr announced that NIOC is in talks with new customers for Iranian oil, saying that some deals have also been signed with trade partners for swapping oil and gas.

Back in October, Oil Minister Javad Owji said that by identifying new markets and customers and new export processes, NIOC has been able to find good markets and there has been no stoppage in the export of crude oil.