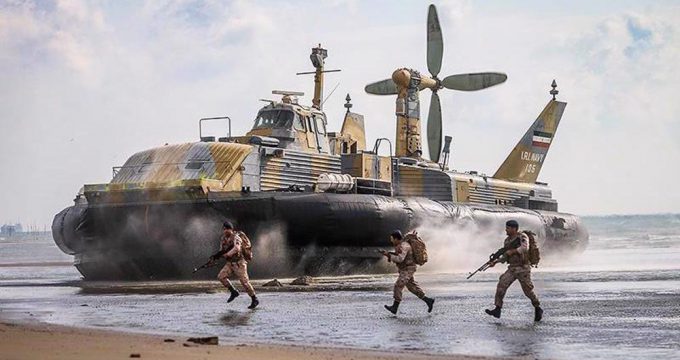 Iran to stage joint naval exercise with China, Russia in near future: Commander

A high-ranking Iranian military commander says the Islamic Republic of Iran Navy plans to hold a joint naval exercise with China, Russia and a number of other countries in the northern tip of the Indian Ocean in the near future.

Iranian Navy Commander Rear Admiral Shahram Irani said on Wednesday that the forthcoming naval drill is meant to boost up the combat capabilities of Iranian forces, and falls within the framework of maritime diplomacy so as to ensure sustainable security.

Some 20 to 30 countries will actively participate in the joint drill, Irani stated, adding that the war games have been designed in accordance with an instruction book compiled by the Iranian Navy.

The Iranian Navy commander also noted that Iran is currently holding a joint naval rescue and relief exercise with a number of friendly states and allies.

Meanwhile, the Iranian and Omani naval forces launched a joint military exercise in the Sea of Oman and the northern parts of the Indian Ocean.

The military exercise, backed by helicopters from both countries and Iranian drones, was held in the presence of the heads of the joint military friendship commissions of the two countries and their members.

Alborz frigate and Tonb replenishment oiler of the Iranian Navy, together with the Islamic Revolution Guards Corps (IRGC) Navy’s Shahid Nazeri warship and Shahid Yahyaei watercraft participated in the exercise.

The main goals of the naval drill have been declared as developing bilateral military relations and interactions, design and implementation of various training programs at sea, exchanging experiences, and improving the efficiency of the two countries’ naval staff.

Furthermore, various scenarios were designed and implemented by the two sides’ vessels and naval aircraft, which marked a major leap forward in Wednesday’s drill compared to the previous ones.