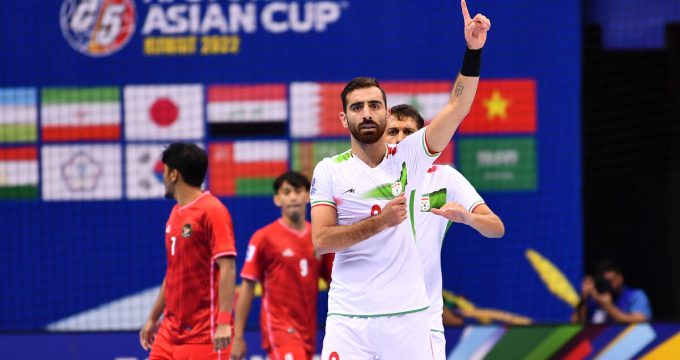 Iran have put 5 goals past Indonesia to kick off their Title defense in style in AFC Futsal Asian Cup.

The 12-time Champions, grabbed the opener after only 3 minutes, when Ahmad Abbasi struck the ball home from just after the half-way line. Shortly after Moslem Olad-Qobad converted a cut-back to double the lead.

Vahid Shamsaei men continued to dictate the tempo and scored the 3rd in the 10th minute, via a delightful curling effort by Mahdi Asadshir.

Then 3 minutes after the restart, Abbasi smashed-in his 2nd of the day, and Team Iran’s 4th, before Olad-Qobad stole the ball near the area and fed Hossein Tayyebi to get on the score-sheet as well. Next in Group C, the Asian cup holders will play Chinese Taipei on Friday and Lebanon on Sunday.