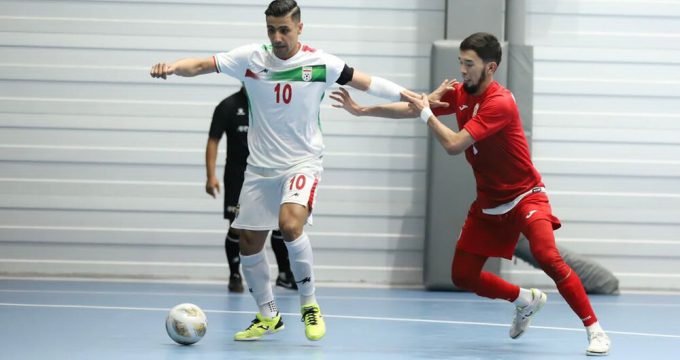 Iran booked their places in the 2022 AFC Futsal Asian Cup Kuwait Finals after finishing as leaders of Group A.

Iran recorded a perfect group campaign with three wins out of three matches after beating Kyrgyz Republic 8-1 on Tuesday.

Kyrgyz Republic stunned the defending champions with Maskat Alimov breaking the deadlock in the 13th minute, but Iran bounced back immediately with Hossein Tayebi and Mortezza Ezzati scoring in the 14th minute.

Alireza Rafiei Pour then put Iran three goals ahead with successive goals in the 30th and 31st minutes, before Mohammadhossein Derakhshani and Hamzeh Kadkhoda etched their names on the scoresheet in the 34th and 36th minutes respectively.

It was all dusted and done when Masoud Abbasi and Masoud Yousef Shavardazi scored in the 37th and 40th minutes respectively to secure an emphatic win, the-afc.com reported.