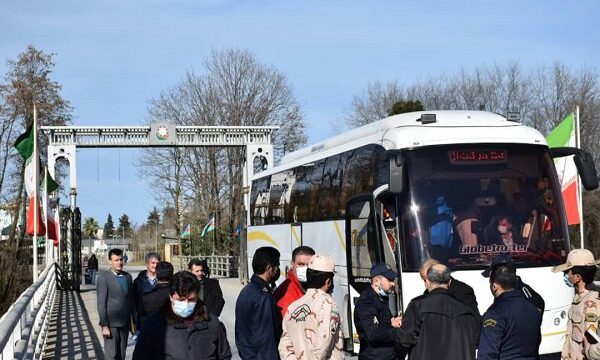 Deputy for Human Rights and International Affairs of the Ministry of Justice Fattah Ahmadi said on Tuesday that Armenia extradited six Iranian prisoners to Iranian Embassy in Yerevan and they arrived in Tehran on Monday.

Ahmadi added that six Iranians who were imprisoned in Armenia for carrying narcotics and a variety of banned pills were transferred to prisons inside Iran to continue the rest of their sentences.

He noted that this transfer is the 11th transfer of Iranian convicts from Armenia, which happened via Imam Khomeini Airport after the implementation of the agreement between the two countries on the extradition of prisoners.

The move took place in line with Iran’s active diplomacy in Armenia and contacts with relevant Armenian officials.