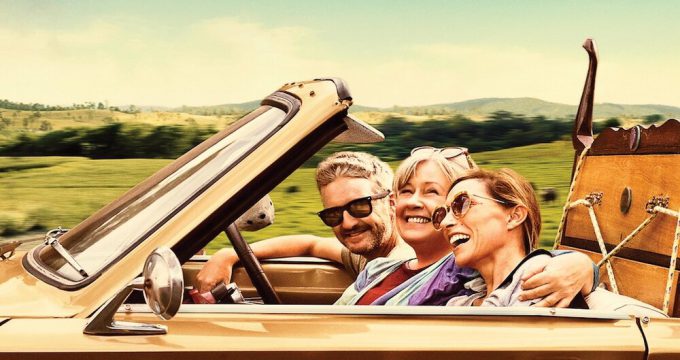 Film Museum of Iran will be playing host to the 2nd Australian Film Week.

The film week will begin on August 31 with a screening of “High Ground”, an Australian Western co-directed by Stephen Johnson and Stephen Maxwell Johnson.

Australian Ambassador Lyndall Sachs is scheduled to attend the opening ceremony of the film week, which will be running until September 2.

In “High Ground” Gutjuk, a young Aboriginal man, launches a bid to save the last of his family. He teams up with ex-soldier Travis to track down Baywara, the most dangerous warrior in the Territory, his uncle.

The festival will continue the next day with a screening of the 2020 adventure drama “The Furnace” written and directed by Roderick MacKay.

The film is set during the Western Australian gold rush of the 1890s, and its characters represent some of the “Afghan” cameleers who brought their camel trains to help open up the Australian outback from the mid-19th century.

Two young Afghan cameleers, Hanif and Jundah, form a friendship with an Aboriginal hunter, Woorak. Hanif is trying to find an illegal furnace so that he can melt two bars of stolen gold, which he acquired by chance after coming across the sole survivor of a group massacre, Mal. The two men have to compromise in order to survive the journey through the outback, while evading capture by Gold Squad officers.

“Rams”, a 2020 comedy-drama directed by Jeremy Sims, will be reviewed on this day.

In remote Western Australia, two estranged brothers, Colin and Les, are at war. Raising separate flocks of sheep descended from their family’s prized bloodline, the two men work side by side yet are worlds apart. When Les’s prize ram is diagnosed with a rare and lethal illness, authorities order a purge of every sheep in the valley. While Colin attempts to stealthily outwit the powers that be, Les opts for angry defiance. But can the warring brothers set aside their differences and have a chance to reunite their family, save their herd, and bring their community back together?

The film week will wrap up with a screening of the comedy-drama “June Again” and the psychological drama “Nitram”.

Directed by JJ Winlove, “June Again” follows June Wilton who has precious little time to bring together her estranged children, save the family business and rekindle an old flame.

“Nitram” directed by Justin Kurzel from a screenplay written by Shaun Grant based on a true story.

It is about Nitram, an isolated young man who lives with his parents in Australia until he meets an eccentric heiress. What follows is a gripping portrait of nihilism and violence.