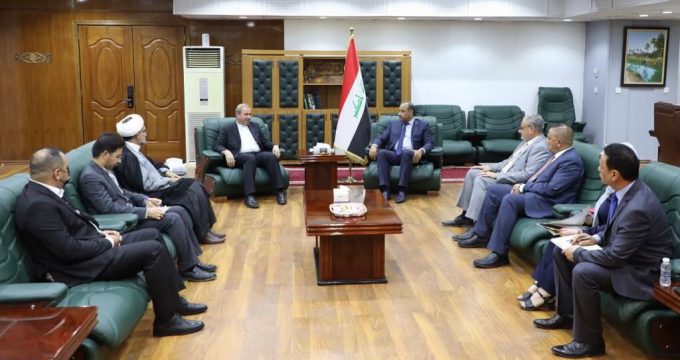 Iranian Film Week to kick off in Iraq at weekend

Iraqi Minister of Culture and Tourism Hassan Nazim said on Monday that his country will host an event called the Iranian Film Week from July 23 to 26.

Nazim made the announcement during a meeting at his office with Iranian Ambassador to Baghdad, Mohammad Kazem Al-Sadeq.

According to a statement by the Iraqi Ministry of Culture and Tourism, Nazim said that the Iranian Film Week will take place in the capital Baghdad and will be attended by specialists and experts.

He said that simultaneously with the event, the two countries will launch their joint project to produce a film that will document how the fight against the Daesh terror group took place in Iraq.

The statement also said that the Iraqi minister and the Iranian ambassador discussed cultural ties between the two countries and explored way to further expand them.

The Iranian diplomat said that his country has deep cultural and historical ties with Iraq and therefore attaches paramount importance to cooperation with its Arab neighbor.

Iranian Film Week, Iranian Film Week to kick off in Iraq July 21, 2022
Iran to include more currencies in its new pairing system
Tehran-Ankara scientific cooperation can be a role model for Islamic nations