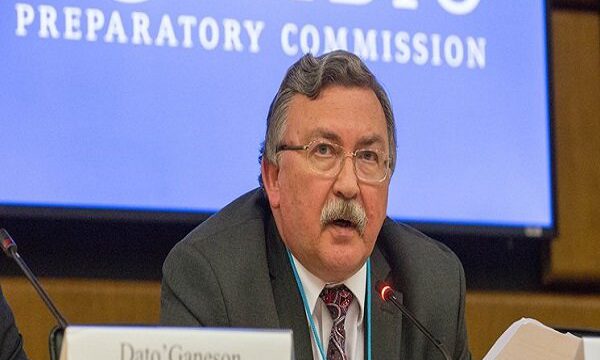 Agreements to be reached as early as next week, Ulyanov says

The final agreement on the restoration of the JCPOA on the Iranian nuclear program may be reached as early as next week in the event of favorable development of events, said Mikhail Ulyanov.

“In the event of favorable development of events, the final agreement may be reached as early as next week. However, it is possible if all countries participating in the Vienna talks agree with the version of the text provided by EU coordinators on August 8. If amendments and objections appear it is difficult to project further developments now. We have to wait for the beginning of next week,” Russian Permanent Representative to International Organizations in Vienna Mikhail Ulyanov told TASS in an interview.

EU coordinators have made several amendments to the text that is on the table now, Ulyanov added.

“This is not an EU text, but the one developed by all participants of the talks that have been underway since last April. As coordinators, the EU’s representatives may offer compromise options, which they did. Indeed, the US has apparently agreed, whereas Iran has not yet defined its position on the text, which is why I will not speculate on what issues Teheran may still have,” he explained.

In quitting the agreement, Trump restored sanctions on Iran as part of what he called the “maximum pressure” campaign against the country. Those sanctions are being enforced to this day by the Joe Biden administration, even though it has repeatedly acknowledged that the policy has been a mistake and a failure.

Iran and the US concluded two days of indirect talks, mediated by the European Union, in the Qatari capital of Doha, late in July in an attempt to break the stalemate in reviving the JCPOA. Those talks also failed to produce any tangible result due to the excessive demands of the US.

After several months of impasse, the Vienna talks resumed almost two weeks ago while expert-level negotiations have been held between Iran and the P4+1 group of countries.

While Iran has just started reviewing the proposals put forth by the EU in the Vienna talks, Western diplomatic circles doubled down on their propaganda and even set deadlines for Iran to provide a response to the proposals.