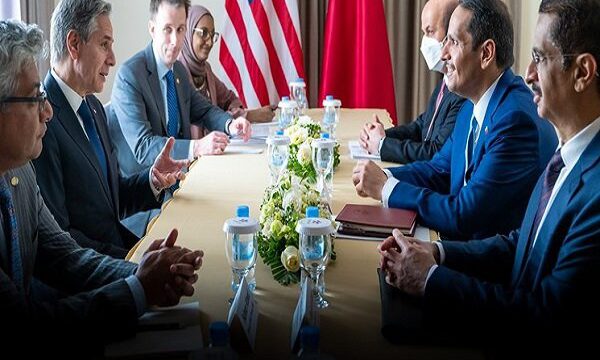 On the eve of new round of nuclear talks in Vienna, Qatar’s foreign minister discussed Iran nuclear deal, JCPOA, with his US counterpart in Cambodia.

Qatari Foreign Minister Sheikh Mohammed bin Abdulrahman Al-Thani on Thursday announced that he talked with the US Secretary of State Antony Blinken in Cambodia.

During the meeting, the two sides exchanged their views on the latest developments on Iran’s nuclear deal and also situation in Afghanistan.

This is while that Iranian negotiating delegation, headed by top negotiator Ali Bagheri Kani, arrived in Austrian capital of Vienna on Thursday morning to attend the new round of talks.

Talks between representatives of Iran and other parties would be held in Vienna on Thursday in different formats.

In a tweet late on Wednesday, Iran’s chief negotiator wrote, “Heading to Vienna to advance the negotiations. The Onus is on those who breached the deal & have failed to distance from ominous legacy.”

“The US must seize the opportunity offered by the JCPOA partners’ generosity; ball is in their court to show maturity & act responsibly,” he added.