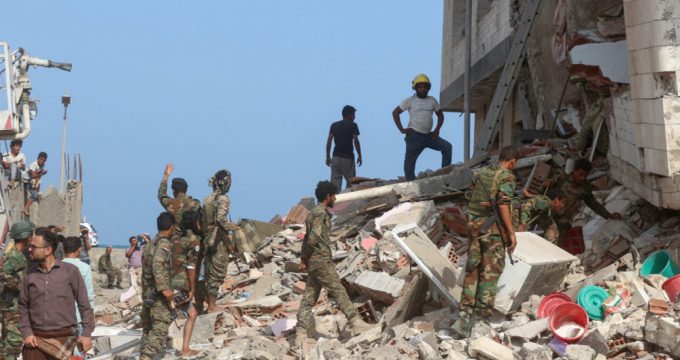 The Iranian foreign minister’s senior aide for special political affairs says the country supports the extension of a UN-brokered ceasefire as well as effective efforts aimed at establishing sustainable peace in war-torn Yemen.

Ali Asghar Khaji made the remarks in a meeting with Hans Grundberg, the United Nations secretary-general’s special envoy for Yemen, in Tehran on Wednesday.

He expressed hope that during the renewed two-month ceasefire, efforts would continue toward achieving a comprehensive agreement on a lasting truce, complete lifting of the blockade and economic embargo imposed on Yemen, the payment of salaries in the country and freedom of transit in all routes.

The Iranian diplomat also hoped that military, economic and political committees would start their activities and all the necessary mechanisms for supervising commitment to the ceasefire would be fully implemented.

The UN special envoy, for his part, outlined the latest proposals presented to the Yemeni parties to solve the crisis in the country.

Grundberg said the two-month renewal of the ceasefire in the war-ravaged country would be an opportunity to achieve a regular mechanism for paying the salaries of the employees, opening routes among provinces, adding flight destinations at the Sana’a airport and guaranteeing fuel shipment to the port city of al-Hudaydah.

He added that the truce would prepare the ground for setting up military, economic and political committees with the aim of monitoring the implementation of the ceasefire agreement.

Grundberg said on Tuesday that a direly-needed truce between Yemen’s aggressors and the impoverished country’s popular resistance Houthi Ansarullah movement had been renewed for another two-month-long period.

The extension, running from August 2 to October 2, “includes a commitment from the parties to intensify negotiations to reach an expanded truce agreement as soon as possible,” the UN diplomat added.

Saudi Arabia launched a devastating war on Yemen in March 2015 in collaboration with its Arab allies and with arms, logistical, and political support from the United States and other Western states. Simultaneously with the invasion, the aggressors and their supporters also put the entire impoverished country under an all-out land, aerial, and naval blockade.

The objective was to reinstall the Riyadh-friendly regime of former Yemeni president, Abd Rabbuh Mansur Hadi, and crush Ansarullah, which has been running state affairs in the absence of a functional government in Yemen.

While the Saudi-led coalition has failed to achieve any of its objectives, the war has killed hundreds of thousands of Yemenis and spawned the world’s worst humanitarian crisis.

The United Nations brokered the truce between the coalition and Ansarullah, which came into effect in April, and was extended for another two months on June 2.

Under the truce, commercial flights have resumed from the Yemeni capital of Sana’a to Jordan and Egypt, while oil tankers have been able to dock in the lifeline port city of al-Hudaydah.