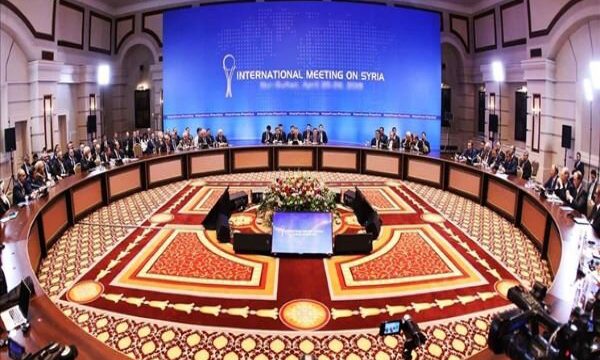 The participating parties in the 18th Astana Summit reaffirmed their firm commitment to the sovereignty, independence, and territorial integrity of Syria.

The 18th Astana meeting began Wednesday in the Kazakh capital of Nur Sultan to discuss conditions for the safe return of Syrian refugees and the humanitarian and socio-economic situation in Syria.

The two-day gathering that tackled the work of the Constitutional Committee in Geneva, confidence-building measures, the release of hostages, and the search for missing persons, was ended on Thursday.

In a concluding statement, the countries sponsoring the Astana Summit, including Iran, Russia, Turkey, Lebanon, and Iraq, reaffirmed their firm commitment to the sovereignty, independence, and territorial integrity of Syria, According to Syrian sources.

They also reaffirmed their determination to continue to fight terrorism in all its forms and to stand against separatist moves aimed at weakening Syrian sovereignty.

According to the statement, terrorist attacks on Syrian civilian facilities that killed innocent people were also condemned at the summit.

The member states also stressed that lasting security and stability in northern Syria can only be achieved by maintaining Syrian sovereignty and territorial integrity.