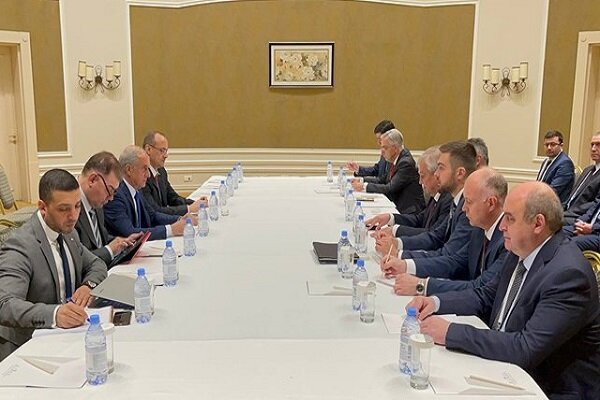 During the two-day talks, delegations from Turkiye, Russia, and Iran will meet the Syrian officials.

Alexandr Lavrentyev, Russia’s presidential envoy for Syria said in a meeting that the US is plundering Syria’s wealth.

The attacks launched by the Zionist regime on Syrian territory are not acceptable, he noted.

He went on to say that new plans and moves will be established to help rebuild Syria.

Referring to speculation on possible Turkish operations in northern Syria, he said that the operation may exacerbate tensions in Syria.

The parties concerned will discuss issues including the conditions for the safe return of Syrian refugees, the humanitarian and socio-economic situation in Syria, the work of the Constitutional Committee in Geneva, confidence-building measures, the release of hostages, and the search for missing persons.

The Astana peace process was set up in January 2017 at the initiative of Iran, Turkiye , and Russia.