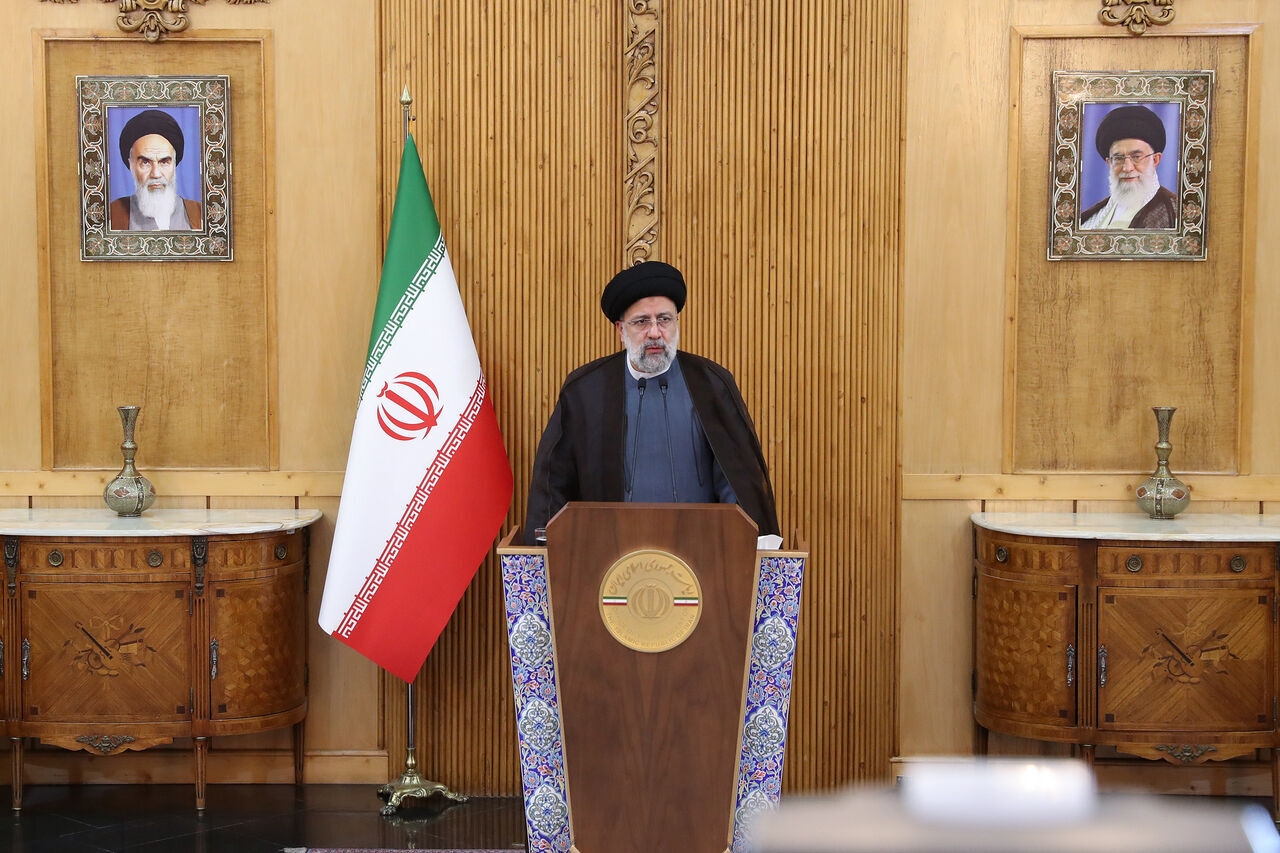 Iran’s President Ebrahim Raisi has returned home from his visit to Oman, saying good relations between the two countries will help increase cooperation across the region.

Raisi made the remark upon arrival at Mehrabad Airport in the Iranian capital of Tehran early on Tuesday after a one-day visit to Oman, saying the positions of Tehran and Muscat agree on many issues.

“In meetings with senior Omani officials, it was emphasized that it is necessary for the two countries to have this cooperation at the regional and international levels, even as the positions of the two countries are remarkably in sync on many issues,” the Iranian president said.

Raisi said economic activists, traders and businessmen of the two countries discussed their problems in the fields of trade, money transfer, financial, banking and customs issues in a meeting with Oman’s minister of industry.

It was decided that obstacles will be removed soon to pave the way for trade and economic work, he added.

“Both Omani and Iranian traders are not much familiar with the capacities of the two countries,” he noted. “Therefore, the necessity of establishing an Iranian trade office in Oman was felt and it was considered that this office should be established as soon as possible in order to introduce the capacities of the two countries to economic actors.”

During the trip, Iranian and Omani officials signed 12 cooperation documents and memorandums of understanding for the expansion of bilateral cooperation in various fields.

In the presence of Raisi and Oman’s Sultan Haitham bin Tariq Al Said, the documents were signed by the two countries’ ministers and high-ranking officials in such fields as energy, politics, transportation, diplomacy, economy, tourism, sports and the environment.

Ties not confined to neighborliness

In a meeting with Oman’s Deputy Prime Minister Sayyid Fahd bin Mahmoud Al-Said on Monday, Raisi said Iran-Oman relations are not limited to neighborliness, and that the deep religious and doctrinal interests and commonalities of the two nations have been linked for centuries.

Stressing that Tehran-Muscat relations have always been good and constructive throughout history, the Iranian president said, “Although we see good relations between the two countries, but this level of relationship is not convincing.”

Raisi underscored the need to revive various neglected capacities between Iran and Oman, noting that the amount of trade, transportation and economic cooperation between Tehran and Muscat, especially in the field of energy and transit of goods, can certainly increase.

Pointing to Iran’s progress in industry and medicine, Raisi said Iran can be a good choice for Omani people in the field of health and medicine

“Despite US threats and sanctions, the Islamic Republic has made great headway in areas mostly affected by sanctions, such as the peaceful nuclear, medical, and defense industries,” the chief executive underlined.

Raisi said in addition to the use of foreign vaccines against the coronavirus, six Iranian companies produced the jabs, of which four companies took advantage of indigenous knowledge, and the vaccines are currently being exported.

“The Westerners and Americans aimed to stop Iran’s progress with sanctions, but everyone saw that the Americans themselves admitted to their disgraceful failure of the maximum pressure campaign,” he said.

Raisi also said, “Nuclear weapons have absolutely no place in Iran’s doctrine, but we use peaceful nuclear energy for agriculture, medicine and the petrochemical industry.”

“Iran-Oman relations will not be limited to economic and trade relations and will include such major areas as political interactions and cooperation,” he added.

Figures by the Iranian customs office show trade between Iran and Oman reached $1.3 billion over the Persian calendar year to late March, a record high and an increase of 53% against the previous year.