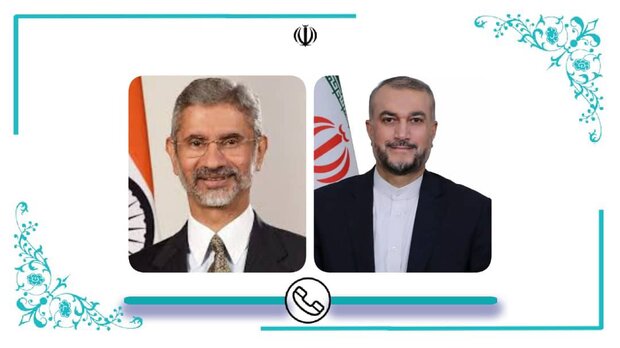 Iranian foreign minister described Iran-India’s cooperation in the direction of comprehensive development and their consultations on regional and international issues as indicators of growing relations.

Jaishankar, for his part, referred to the good level of relations between the two countries of Iran and India, expressing hope that the cooperation and relations will be developed and promoted in various fields.

He also invited his Iranian counterpart to travel to India for a meeting and close consultation with high-ranking officials of his country.