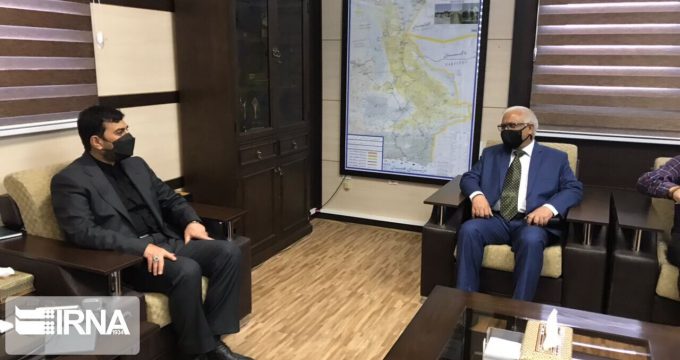 India and Iran have certain needs, which can be met through the increase of trade exchanges, an Iranian official said.

Expressing hope that the two countries can develop collaborations and maintain proper coordination, the Iranian official said that India and Iran enjoy vast commonalities. Some 30 percent of Indian language has its roots in Persian, Modarres Khiabani said, adding that the commonalities are extraordinarily vast when it comes to Sistan and Baluchestan province, where big tribe of Baluch people are living, and they are very close to Pakistan and India.

He went on to say that the provincial officials will facilitate consular services, travel, and residence of Indian nationals, as well as investments in the province.In accordance with guidelines of Supreme Leader of the Islamic Revolution Ayatollah Seyyed Ali Khamenei and President Ebrahim Raisi have stressed that expansion of trade exchanges with neighboring countries is on the agenda in line with the Islamic Republic’s Look to the East policy, the governor general said, urging India to give importance to deepening trade ties with Iran. The trade exchanges between India and Iran will be profitable for both sides, he said, noting that both nations, as two powerful states, can pursue a win-win process in a bid to meet their requirements and enhance cooperation.