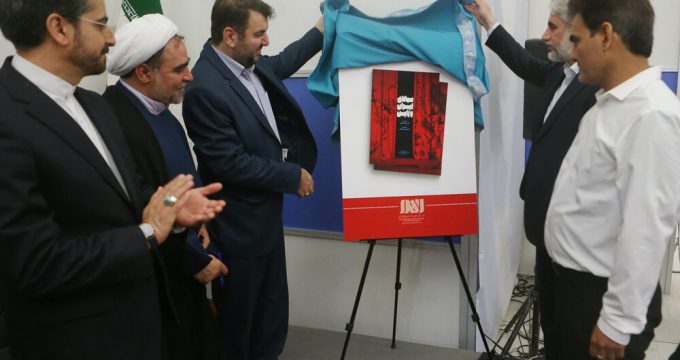 A book illustrating cinematic connections between Iran and Japan was introduced in a special meeting at the 33rd Tehran International Book Fair (TIBF) on Thursday.

Published by the Alhoda International Cultural, Artistic and Publishing Institute in Tehran, the book “Iran-Japan Cinema” has been authored by Qodratollah Zakeri, an Iranian expert on Japanese studies.

The book, which has been written based on a commission from the Iran Cultural Center in Tokyo, was previously unveiled by the center in July 2021.

In one chapter, the book delves into the common subjects portrayed by Japanese and Iranian filmmakers.

It also provides a deep insight into the history of films made in the two countries, discussing joint film projects carried out by Iranian and Japanese filmmakers.

The Japanese knowledge of Iranian cinema and Iranians’ acquaintance with Japanese are also among the topics discussed in the book.

“Cinema is one of the fields we have something to say about in the world,” Asadi-Movahed said at the meeting.

He referred to the screenings of Iranian films at international events across the world, and noted that the Iranian cinema has been praised by all nations either Christian or Muslim.

On his part, Ahmadvand said, “Despite the long geographical distance between Iran and Japan, we have much in common with Japan and deem the country a cultural neighbor.”

“Iranian elites both in the field of literature and cinema are interested in Japanese cultural products, and the Japanese are in sympathy with Iranian cultural sensibilities,” he added.

Ahmadvand noted that the Ministry of Culture and Islamic Guidance is particularly eager to do everything to help enhance cultural relations between Iran and Japan.