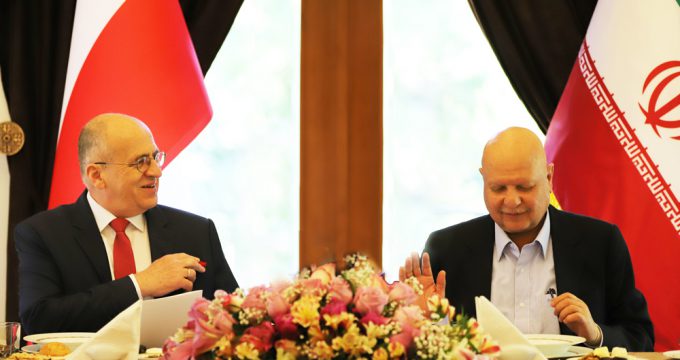 An Iranian deputy president says the country will be ready to supply part of Europe’s energy needs if governments in the region commit to long-term contracts and avoid seeking third party intervention.

Masoud Mirkazemi, who leads Iran’s Plan and Budget Organization, made the announcement on Monday during a meeting in Tehran with Polish Foreign Minister Zbigniew Rau.

Mirkazemi said that European governments will be able to access supplies of energy from Iran if they change their political and economic approach.

“If Europe wants to ensure the security of its energy supply it should review its strategy,” he was quoted by the official IRNA news agency.

“Iran will meet part of the energy demand in Europe on the condition that the other side shows lasting commitment and avoid being influenced by third parties,” added the official.

During the meeting with Rau, Mirkazemi, who also chairs the joint cooperation committee between Iran and Poland, said that the two countries can expand their trade and economic ties by holding regular forums between private and government sector representatives.

Rau, for his part, said that Poland views Iran as a country with huge economic potentials, adding that the two countries can significantly boost their economic exchanges in the near future.

The Polish foreign minister said his country is opposed to the perception of some European capitals from Iran and said that deep rooted historic and cultural ties between Iran and Poland can help the two countries boost their cooperation in various fields.

He said that Poland is seeking to establish a direct flight route between Warsaw and Tehran as part of its efforts to increase trade ties with Iran.