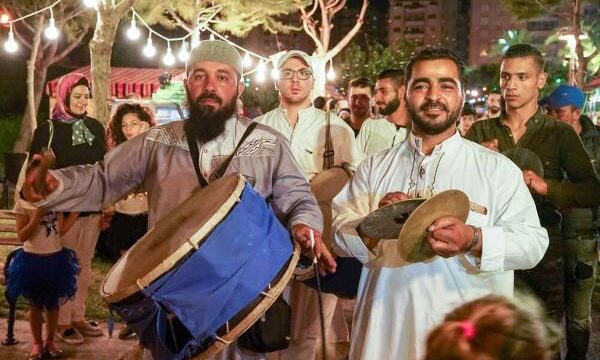 Since Ramadan, like Christmas, is regarded as a national occasion in Lebanon; its festivities are en­joyed and celebrated by all Muslims and non-Muslims in the country.

Muslims from around the world observe Ramadan, the ninth month of the Islamic calendar, in their unique ways. Every community welcomes the holy month with its distinctive traditions and practices.

Ramadan begins with the rising of the crescent moon and is a time for spiritual discipline, charity, generosity, and prayer.

During the day, you’ll find Muslims around the world fasting from dawn until dusk, abstaining from eating and drinking any liquids (including water), and refraining from habits like smoking, gossiping, and arguing. However, the nights are the real days during Ramadan.

Across the Arab world, the festivities start after the Iftar (breaking the fast) at dusk, as neighborhoods come to life after a quiet, slow day of food hibernation.

Ramadan in Lebanon is different but more beautiful and interesting. Since 40% of the population are Christians, Lebanon is actually one of the few Arabs countries where you can enjoy the festive spirit of Ramadan! But still, be able to get a decent meal during the daylight without the judgy eye stares.

With the holy month coming to its mid, we take a look at some interesting Ramadan vibes in Lebanon, a country in West Asia. During the dawn hours of Ramadan, the Musaharati is a common sight in many parts of the Arab world, especially in Lebanon. A Musaharati is a drummer, also referred to as a dawn awakener, who beats his drum just before dawn to wake Muslims for Suhoor.

Thanks to the Musaharati, people are able to sleep peacefully knowing that they will not miss their Suhoor meals.

He has a remarkable voice that fills the air at dawn, calling people to get up, have Suhoor, prepare for the Fajr prayer(dawn prayer), and start a new day of Ramadan.

The history of the Musaharati in the Hijaz dates back many centuries. It seems that his function as part of the social life in the Islamic eras, particularly during the Mameluk and Ottoman times. 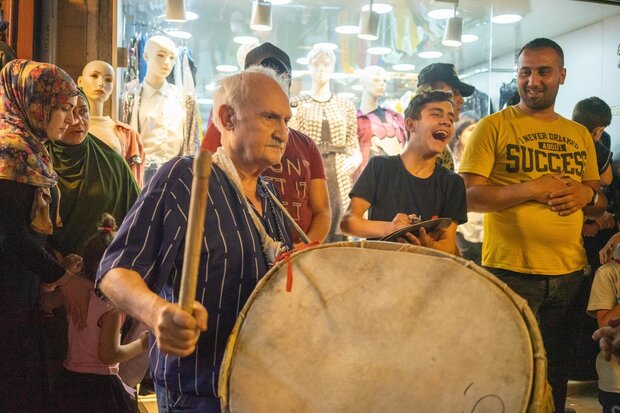 In Lebanon, Ramadan, like Christmas is regarded as a national occasion as well. In this country, Ramadan festivities are en­joyed by all communities and they are not restricted to Muslims only.

An annual Iftar dinner is held at the presidential palace in which all community leaders and religious figures participate.

Charities, civic organizations, and businesses host iftar dinners for fundraising purposes to which guests from various religious com­munities and denominations are invited. 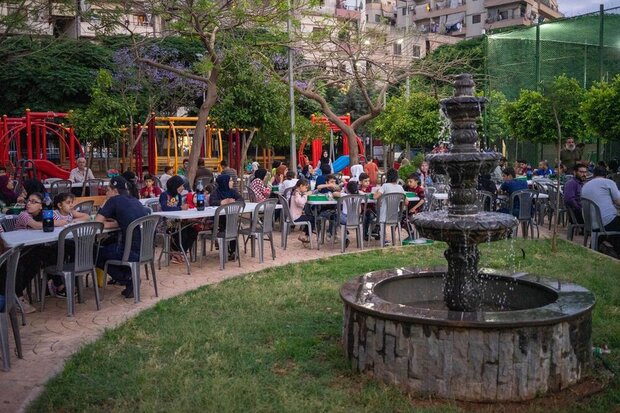 Tripoli in Lebanon comes alive at night during Ramadan

Ramadan in Tripoli is really beautiful. Tripoli takes on a new lease of life during the holy month as people come from across the country to enjoy its celebrated sweets, handmade crafts, and jubilant atmosphere.

At sunset, Muslim families will enjoy Iftar with Christian neighbors and stay late in cafes to listen to Hakawati or storytellers or visit a park to watch Sufi dervishes perform their dreamlike whirl. “After Iftar, there’s this energy that keeps people going all night,” says Fatima ­Tadmoury, 29, who relishes the nocturnal spirit the Lebanese city adopts during Ramadan and Eid Al Fitr.

It’s 2.15 am and a Musaharati is beating a drum to wake up people living in Tripoli’s old town before suhoor. There’s a brief sleepy silence, but then the streets begin to stir. The smell of cooking drifts into medieval alleyways as a communal chink lets passersby know that households are sharing the meal. 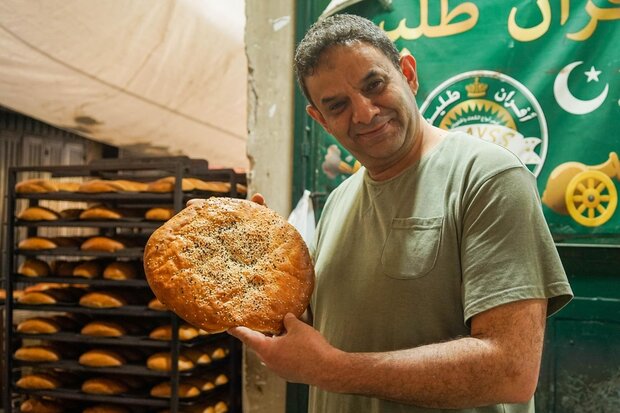 As an essential part of Ramadan, Suhoor and Iftar meals are at the center of gatherings around the world, giving people another reason to reconnect with friends and family.

In the Arab world, especially Lebanon, there are special dishes and sweets that are served during the holy month of Ramadan.

The following sweets and desserts are some special Ramadan recipes that Lebanese people usually prepare for the Iftar meal during Ramadan.

Kellaj is one of the most popular desserts during the Ramadan season. It’s a light dough filled with Ashta cream, deep-fried, and soaked at once in syrup for a moment. A pure delight! 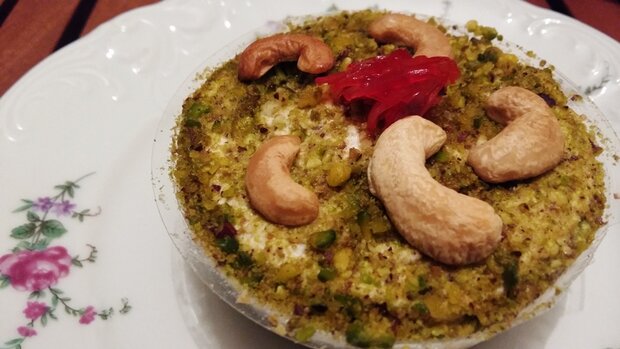 Mafroukeh is made from a dough combining semolina flour, butter, and sugar syrup. The dough is covered with a layer of Ashta and roasted nuts.  Mafroukeh can be served on a plate or molded in several shapes.

A tasteful dessert commonly prepared during Ramadan, Chaaybiyet is made of crunchy layers of pastry filled with Ashta. Chaaybiyet is generally shaped in the form of a triangle and decorated with crushed pistachio and candied orange blossom and is definitely covered with sweet syrup! They can be either served cold or hot. 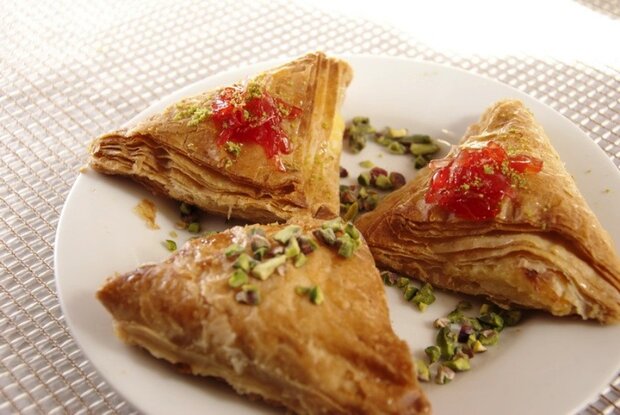 Daoukiyeh is one of Beirut’s most famous desserts. It was first created in the 80’s by Al-Daouk sweets, a small pastry shop in Beirut, and was named after the family’s last name.

Daoukiyeh consists of a layer of Ashta and a layer of cashew nuts between two layers of pistachio paste.

The color of the pistachios gives the Daoukiyeh its special green color. Today, Daoukiyeh is prepared in many pastry shops around the country and is served in different shapes. 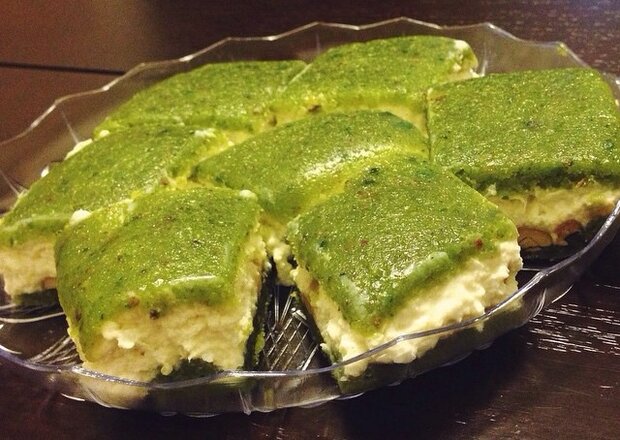 Qatayef is very commonly served during Ramadan. This Arabic pancake-like dough can be prepared with different fillings such as walnuts and sugar mixture or sweetened Akkawi cheese or even Ashta (a clotted cream with Rose Water).

The stuffed Qatayef is then fried and dipped in sugar syrup before being served.