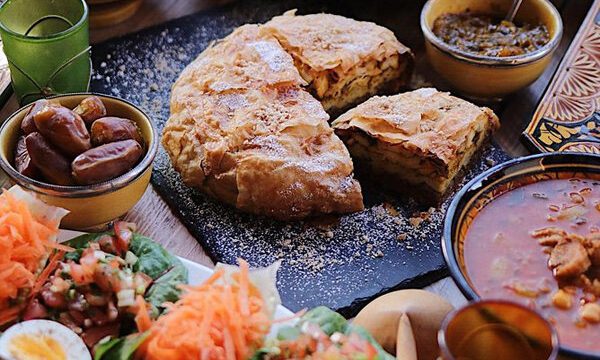 Same as all Muslims across the globe, African Muslims fast and observe Ramadan rituals. Each African country has its own unique customs, which become part of the culture of the people and creates its own characteristics.

Among Muslims, Ramadan revives the sense of community and tightens the bonds and friendships when people gather in mosques or observe Ramadan rituals.

The customs and traditions of African countries vary and various dishes and appetizers are prepared. Each African country has its own unique customs, which become part of the culture of the people and creates its own characteristics.

In general, African Muslims exchange congratulations on the holy month’s arrival. Cities with a Muslim majority are decorated with colored fabrics and the occasion is celebrated in a festive atmosphere.

For example, in Cameroon, children celebrate the month of fasting in the middle of it, not at the beginning, by wearing traditional clothes, strolling around houses collecting sweets and cash, and then cheering for the announcement of Laylat al-Qadr (Esteemed Night), as well as launching fireworks to celebrate Ramadan in front of Sultan Square.

Beating drums for felicitating Ramadan is one of the favorite traditions across African countries. Drums are also used to wake fasting Muslims up and sing Islamic songs which urge everyone to fast.

In some African countries, Muslims and non-Muslims gather for iftar together. There are some churches that welcome Muslims at iftar time (a meal is eaten right after the Maghreb prayer at sunset to break the fast).

As in Arab countries, dates are a basic dish on the Ramadan table. Sambousa, Hatees, Tharid, cooked cabbage with tomatoes and onions, lamb meat, cooked rice with coconut that is usually served with fish or chicken are also among the favorite Ramadan dishes.

African Muslims break their fast with family members and friends at sunset. Among African countries, Morocco is the one with colorful Ramadan cuisine.

Cities in Morocco are quieter during the days of Ramadan as locals choose to spend the fasting days relaxed at home but they come alive again at night.

Morocco has its very own unique Ramadan cuisine. In Morocco, only two meals are principal, namely Lftour (i.e. iftar) and Suhoor (a meal eaten early in the morning before the Fajr prayer). During Lftour to Suhoor, many varied food and drinks are served. For Suhoor time, some people prefer to have a light meal but Lftour is a rich meal where many kinds of bread, pastries, dates, and fresh drinks are served.

Moroccan delicacies such as Harira soup, dates, figs, and milk are served daily and are considered the cornerstone of a traditional iftar.

Tea is among the food usually served during family gatherings along with Sellu (Zmita) or Shebakia, one of the most artistic manifestations of Moroccan cuisine. Mlawi, Msaman, Batbout, Harsha, and Baghrir are all different types of bread served at Ramadan tables.

Moroccan Muslims are also fans of serving chicken, lamb, beef, or fish tajines, others prefer Moroccan barbeques with shermoula and salads. Freshly squeezed orange juice is popular, however, for heavier smoothie-type juices, other fruits such as strawberries, peaches, apples, mangos, and papayas are usually added. Milk juices with dates, almonds, or bananas are also very common.

Moroccan women spend considerable hours in the heat of the kitchen to furnish the Lftour table with all that pleases the eye.

Moroccan families stay up late during Ramadan and after the Taraweeh prayers, a set of prayers performed collectively right after the compulsory Isha prayer.

Traditionally, there is a person whose job is to wake people up at Suhoor time to make sure no one skips this essential meal. Locally, called in Amazigh language Adouab, the man whose main job is to guard the gate of Ighrem (small village) is assigned also to wake people at Suhoor time during Ramadan. Bou Damdoum in Amazigh or D’kak in Moroccan Arabic, (the drummer), uses his drums or N’ffar (a longhorn that makes a buzzing sound) in some Moroccan cities, along with some rhyming lyrics to guarantee that everyone in the neighborhood enjoys their delicious Suhoor meal.

Ramadan is a religious opportunity for Muslims to increase their faith and get closer to God.

Fasting is prescribed in the second sura of the Quran: “O you who believe! You have been prescribed the fast as it was prescribed for the generations before you. Perhaps you will fear God ”(Sura 2, verse 183).