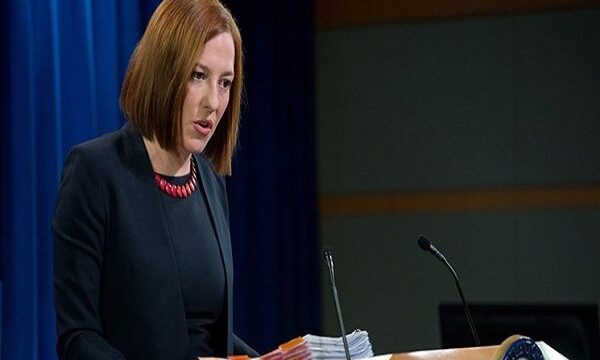 Psaki claims US, allies ready to conclude agreement with Iran

White House spokesperson Jen Psaki claimed that the US and its allies in Vienna negotiations are ready to conclude a strong agreement with Iran.

Answering a question in her weekly press conference on Monday on the Vienna talks, Psaki claimed, “Both ourselves and our allies are prepared to conclude a strong agreement if Iran is prepared to do the same.”

“Together with our European allies, the United States has negotiated the roadmap for a mutual return to compliance through the Vienna talks,” she further claimed, adding, “The President will reenter the deal if it’s in our national security interests.”

This is while, according to the Iranian officials, reaching an agreement in Vienna is only prolonged due to US inaction.

Iranian Foreign Minister Hossein Amir Abdollahian on Monday in a tweet said that the US is to blame for the halt to the Vienna talks, saying that an agreement is within reach if the US adopts realism.

“If there is a pause in the Vienna talks, it is because of the American side’s excessive demands,” the top Iranian diplomat said.

US President Joe Biden is continuing the same path as the Previous US President Donald Trump by continuing to impose maximum pressure on Iran while one of the most important points being considered in the current negotiations between Iran and the P4+1 group is lifting the sanctions and receiving guarantees from the United States on not withdrawing from the agreement again, the issues that the United States has not yet agreed to.