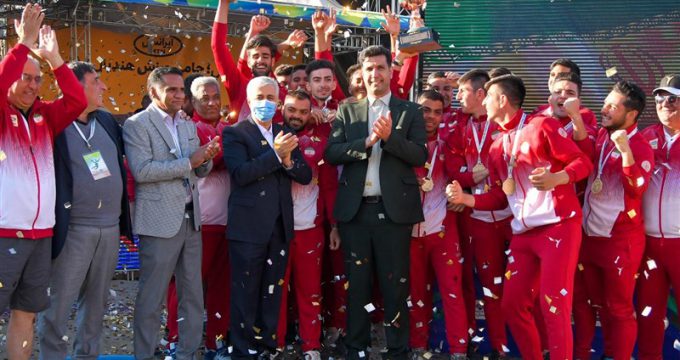 The International Handball Federation praised Iranian teams for their success in the Asian stages.

After the women’s youth side had won the 2022 AHF Women’s Asian Youth Championship on Friday to become the first-ever handball side in either gender at any level to take a continental gold, the two beach teams added to that glory, taking top spots in their respective championships held side-by-side in the capital city of Iran, Tehran.

Both beach handball championships were playing in a round-robin format, with Iran’s senior men’s side having it all to play for on the final day. Previous results meant it all went down to the very last match of the championship – match number 15.

“Qatar has won Asian gold for 10 years and has been the undisputed champion of Asia in the last five editions,” explained Iran beach handball coach Hassan Eftekhari to IRIHF.ir.

“It is a very big team in the world, but we were able to win against this powerful team. Iran’s beach handball team has achieved this with many years of hard work with the handball federation, the beach handball association and all the coaches and workers in this field. I am happy that the championship remains in Iran.”