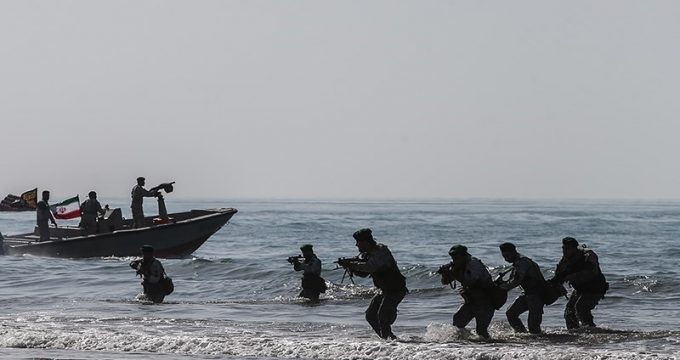 The Army of the Islamic Republic of Iran on Thursday started a massive military maneuver dubbed “Zolfaqar” in the country’s southern waters and in international waters.

Referring to the Charlie Hebdo’s insulting cartoon, Iranian President Hassan Rouhani said that the Zionists are recreating the path of insulting Islam and the Prophet Muhammad (PBUH) in some cases and magazines.

Defense Minister Brigadier General Amir Hatami underlined Iran’s advances in the defense sector, saying the Islamic Republic is currently capable of manufacturing 90 percent of its defense equipment inside the country.

Iran, China, others to be part of joint military drills in Russia

Iranian, Chinese, and Russian forces will take part in joint military exercises in southern Russia later this month along with troops from Armenia, Belarus, Myanmar, Pakistan, and others, China’s defense ministry announced Thursday.

Iran Army warns US aircraft against flying near maneuver area

Iranian Army’s Air Defense Forces warned extra-regional aircraft to keep their distance from maneuver area in the south of the country, spokesman for Zolfaqar-99 drills announced on Thursday.

People in different cities of Iran are holding rallies to protest at the recent insulting moves against Islam Prophet Mohammad (PBUH) and the holy Quran in the European states, condemning French President Emanuel Macron for his support for the blasphemous acts.

The Islamic Revolution Guards Corps (IRGC) said it has launched missile, drone, and artillery attacks on a series of locations near border regions in the country’s northwest that were harboring terrorists.

Iran’s Health Ministry spokeswoman Sima Sadat-Lari said on Thursday that 129 more Iranians have lost their lives to coronavirus disease (COVID-19) over the past 24 hours bringing the total deaths to 22,798.