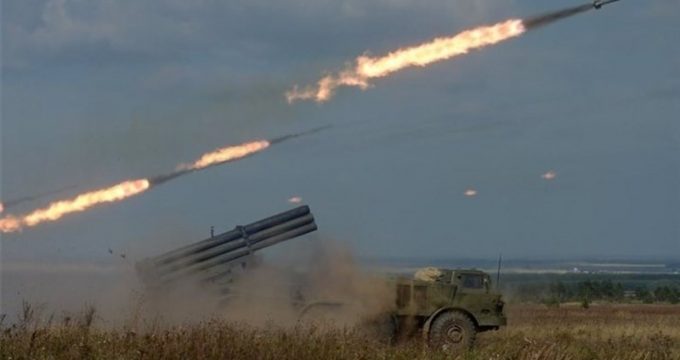 Tasnim – The Islamic Revolution Guards Corps (IRGC) said it has launched missile, drone, and artillery attacks on a series of locations near border regions in the country’s northwest that were harboring terrorists.

According to Tasnim, strongholds of anti-Revolution terrorist groups and their training centers were attacked during the past week in a major operation by the IRGC Ground Force.

The IRGC employed its missile, drone, and artillery units to attack the active centers of terrorists, and killed and injured scores of them, including ringleaders.

A large amount of ammunition belonging to the terrorists was also seized in the operation.

In July 2018, anti-revolutionary terrorists attacked a border post of the IRGC Ground Force’s Hamzeh Seyed al-Shohada Base in Iran’s western province of Kurdistan, killing 11 forces of the base.