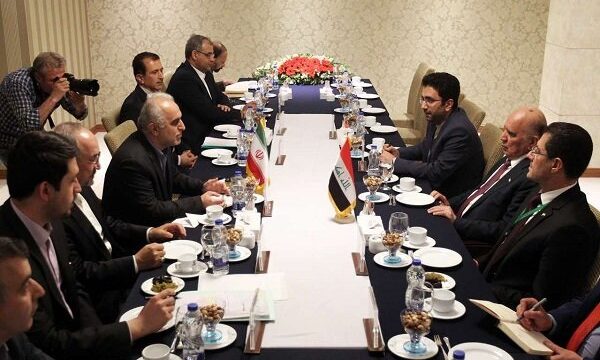 MNA – In his meeting with Iraqi Finance Minister Fuad Mohammed Hussein in Tehran, Iran’s Minister of Economic Affairs and Finance Farhad Dejpasand put the volume of mutual trade transactions at €8 billion adding that the figure is to be doubled due the prepared plans.

“We are resolved to expand economic ties with Iraq, which will tighten our political relations as well,” Dejpasand said in the meeting.

The Iranian minister named tourism, insurance, infrastructure, customs, engineering and services and energy as probable fields for the two sides to develop cooperation.

As Mohammed Hussein informed, during his trip to Tehran, removing trade and economic barriers including monetary and banking impediments, customs difficulties and those insurance problems have been the focus of attention.

The two ministers discussed making joint investments in this meeting, as well.

The Iraqi minster visited Governor of the Central Bank of Iran (CBI) on Sunday.