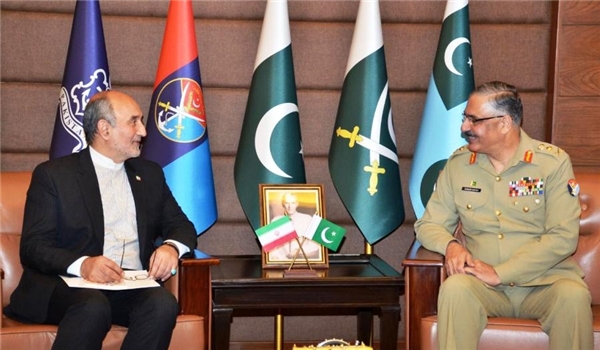 Matters of mutual interest were discussed during the meeting, at Joint Staff Headquarters, Rawalpindi, according to a statement issued by military’s media wing Inter Services Public Relations (ISPR).

Iran and Pakistan have exchanged many military delegations in the recent past years, and the two countries have voiced their resolute determination to broaden military and defense cooperation.

In a related development on November 28, Chief of Pakistan’s Naval Staff Admiral Zafar Mahmood Abbasi underlined his country’s willingness to sign a Naval agreement with Iran.