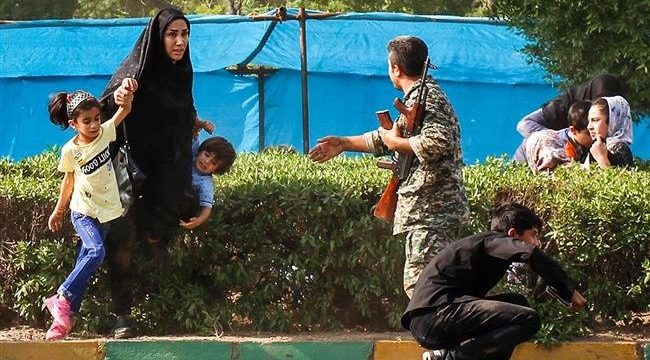 The number of the people who were killed in the terrorist incident in Iran’s southern city of Ahvaz on Saturday morning has reached 24, according to an informed source.

Following the terrorist attack in Ahwaz this morning, the President had telephone conversations with Interior Minister Abdolreza Rahmani Fazli and Governor General of Khuzestan province Gholamreza Shariati, and was briefed on the latest reports on the terrorist attack this morning in Ahwaz and the process of identifying and handling the situation of the wounded in the province and issued the necessary instructions.

President Hassan Rouhani says Iranians will defeat US President Donald Trump like what they did to former Iraqi dictator Saddam Hussein.

Iranian President Hassan Rouhani scorned the US call for Tehran to abandon its missile capabilities and curtail its regional influence, saying Iran will keep boosting its missile program that has exasperated the US.

Iranian Foreign Minister Mohammad Javad Zarif said the Islamic Republic holds “regional terror sponsors and their US masters” responsible for the Saturday terrorist attack on a military ceremony in the southwestern city of Ahvaz.

Pakistan on Saturday strongly condemned terrorist attack on military parade in Ahvaz, Iran, which killed at least ten people and injured more than 20 others.

Russian President Vladimir Putin offered condolences to his Iranian counterpart Hassan Rouhani after a deadly terrorist attack at a military parade in Ahvaz and confirmed readiness to boost cooperation with Iran in war on terror, a telegram published on the Kremlin’s website said.

In wake of Sochi agreement, cease-fire must be fully established, focus should be on political solution, Turkish FM says.

Islamic State claimed responsibility for an attack by gunmen on a military parade in southwestern Iran on Saturday, according to the group’s Amaq news agency.

Hassan Rouhani, ISIS, terrorist attack on parades in Ahvaz September 22, 2018
IRGC commander: Terrorist attack in Iran in line with ISIL actions in Iraq, Syria
US encouraging protest inside Iran but not accepting it inside own land