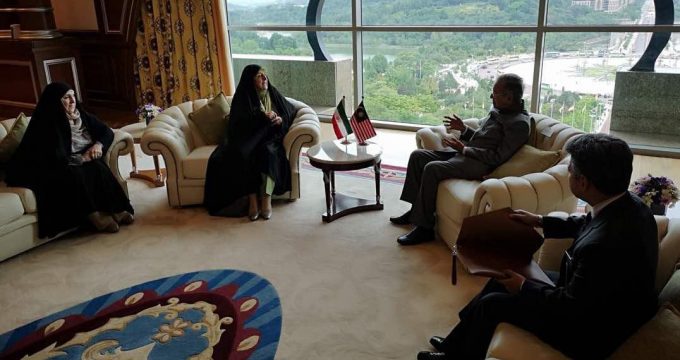 In a Tuesday meeting in Putrajaya, the officials of the two countries discussed various issues, including bilateral ties, JCPOA and regional and international topics.

She also congratulated Mohammad for his victory in recent Malaysian election.

Mahathir Mohammad, for his part, emphasized the continuation of bilateral ties between the two countries.

No further detail about this meeting is available.