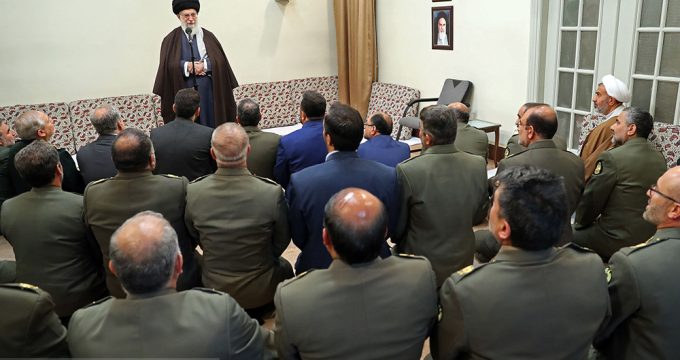 Dear youth, do your utmost to advance and improve the Army

A U.S. push to change the Iran nuclear deal was sending a “very dangerous message” that countries should never negotiate with Washington, Iran’s foreign minister warned as U.S. and North Korean leaders prepare to meet for denuclearization talks.

Head of the Investment and Consultancy Services at Tehran Chamber of Commerce, Industries, Mines and Agriculture (TCCIM) says Iran can become an ‘investment hub’ for EU countries given its geographical position and large educated work force.

Iranian President Hassan Rouhani says removing the monopoly of foreign messaging apps by reinforcing domestic ones does not mean other social networks must be restricted.

Iranian Foreign Minister Mohammad Javad Zarif said Mike Pompeo’s nomination and possible confirmation to be the next U.S. Secretary of State is an indication to the international community that the U.S. is “not serious” about international obligations, including holding up the Iran nuclear deal.

As Iran is geared up to host the largest military conference in its history, senior military officials and commanders from various countries are arriving in Tehran to attend the international event.

Iranian Foreign Minister Javad Zarif said in a new interview that the United States has never let go of its push for regime change in his country.

Iranian engineers have managed to design and manufacture a homegrown system to check the landing gear of Airbus A320.