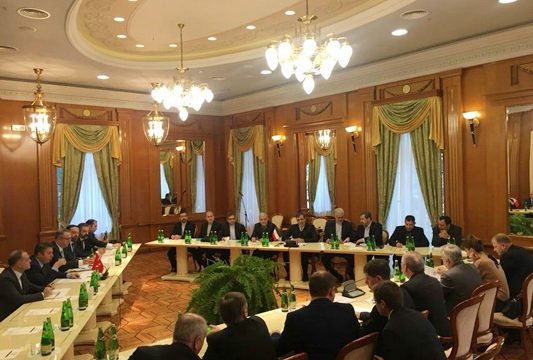 Pres. Rouhani calls for expansion of relations with Havana

Iranian President Hassan Rouhani received a copy of the credentials of the new Cuban ambassador saying that the Islamic Republic of Iran is after expanding ties with the Cuban government.

The Iranian car manufacturing company Iran Khodro and the German Daimler concern signed an agreement on the start of production of Mercedes-Benz cars in Iran from the Islamic new year (late March), the ISNA news agency reported on Friday.

India’s decision to cut oil imports from Tehran ‘not political’

The Islamic Republic of Iran is after seeing peace in Afghanistan, Iran’s ambassador and deputy permanent representative to the UN said.

Iran to dominate many Tillerson conversations in Europe next week

Iran will dominate many of U.S. Secretary of State Rex Tillerson’s conversations in Europe next week, when he is visiting London, Paris, Warsaw and Davos, Switzerland, a senior U.S. State Department official said on Friday.

Iranian oil tanker’s black box to be decoded next week

Iran’s Deputy Road and Urban Development Minister Mohammad Rastad announced that the black box of the country’s sunken oil tanker, Sanchi, will be decoded next week.

Barzani to arrive in Tehran tomorrow

Iraqi Kurdistan Prime Minister Nechirvan Barzani and his deputy are set to hold meetings with Iranian high-ranking officials including President Rouhani on Sunday and Monday.

The city of Tehran (Iranian capital) hosts more than 30 music bands from around the world in the 33rd ‘Fayr International Music Festival’ of Iran. In this event, the first and only director of the Iranian orchestra, National Orchestra Naghme Baran, has impressed the audience.