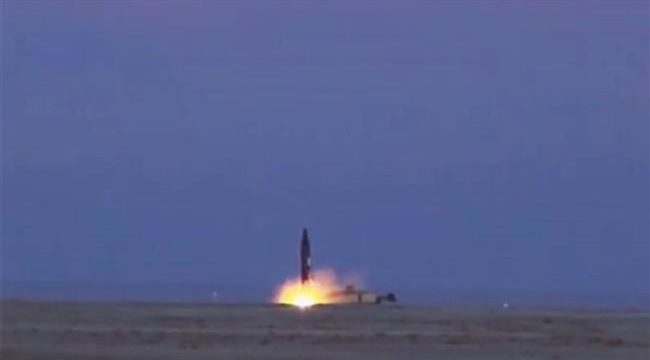 Iran has released footage of the successful test-launch of its new ballistic missile, Khorramshahr, a few hours after it was unveiled during a military parade in the capital city of Tehran.

Iran’s permanent envoy to the UN Gholamali Khoshroo said on Friday that 134 members of G-77 supported the Iran nuclear deal and opposed any economic sanctions on Iran in their statement.

Parliament Speaker Ali Larijani deplored the recent anti-Iran allegations by US President Donald Trump as most ridiculous and absurd.

A top Iranian official says the crimes committed by the Saudi-led coalition against Yemenis will go down in history.

Iran ‘needs no permission to boost its defense might’

Iran’s new homegrown ballistic missile that was unveiled on Friday can be guided through the final moments of engagement with the target, Defense Minister Brigadier General Amir Hatami said, describing it as a “strategic missile” at Iran’s disposal.

US forces fearful of confrontation with IRGC in Persian Gulf: Commander

Islamic Revolution Guards Corps (IRGC) Navy Commander Rear Admiral Ali Fadavi highlighted his forces’ military might and said even US commanders panic about any confrontation with the IRGC forces in the Persian Gulf.