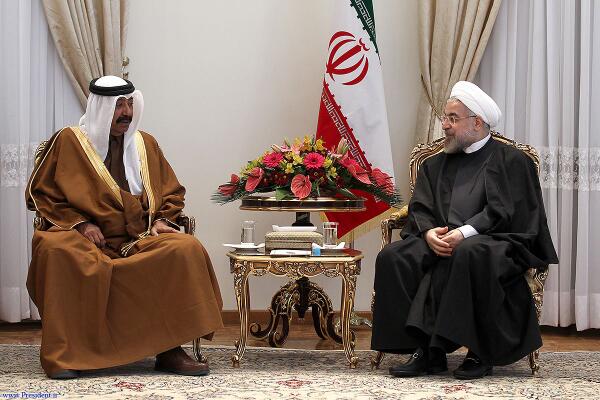 Qatar says its ambassador to return to Iran

Qatar has announced that its ambassador to Tehran will be returning to Iran around 20 months after he was recalled following demonstrations held in front of Saudi embassy in Tehran.

The 26th Persian handmade carpet exhibition has kicked off in Tehran’s international trade fair. In addition to displaying a diverse range of hand woven rugs, the exhibition this year provides an opportunity for visitors to get familiar with some of the aspects of the Persian carpet that were less known by the people.

Iranian foreign ministry spokesman says the Islamic Republic welcomes Doha’s ‘logical’ and ‘positive’ decision to return its ambassador to Tehran, who had been recalled for certain consultations more than 20 months ago.

Zarif: UN resolution neither everything nor piece of paper

Foreign Minister Mohammad Javad Zarif said on Thursday that UN resolutions are neither everything nor piece of paper.

Regional countries must recognize the fact that the people of Iraq and Syria have the right to determine their own destiny, a senior Iranian commander said.

The total value of bilateral trade between Iran and the European Union (EU) over the first half of 2017 has reached about 9.9 billion euros, according to data released by the European Commission.

Iran criticizes IAEA for holding talks with US envoy about JCPOA

US Ambassador to the United Nations Nikki Haley has held talks with the head of the International Atomic Energy Agency (IAEA) over Iran’s nuclear deal, a move Tehran says is aimed at manipulating the agency against the agreement.

Religious Leader of Lebanese Maronites Christians Bashareh Petros al-Raei said that Iran is an intimate country and Iran’s help is needed to consolidate unity in the country.