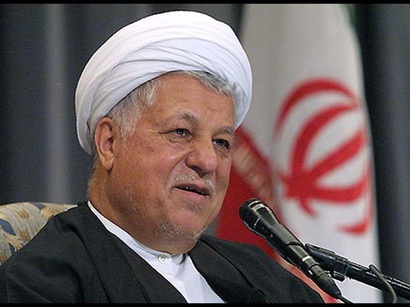 Condolences pour into Iran over demise of Ayatollah Rafsanjani

The Sunday’s death of former Iranian president and chairman of the country’s Expediency Council Ayatollah Akbar Hashemi Rafsanjani triggered condolences for Iran and its people from world leaders.

Vienna will be on the spotlight again with Iran and 5+1 slated to hold a joint commission to address famous deal JCPOA.

Leader’s message on the passing away of Ayatollah Hashemi Rafsanjani

Supreme Leader of the Islamic Revolution Ayatollah Seyyed Ali Khamenei issued a message to condole the nation on the demise of the Expediency Council Chairman Ayatollah Akbar Hashemi Rafsanjani.

President Hassan Rouhani on Sunday extended condolences on the passing away of the late Chief of the Expediency Council Ayatollah Akbar Hashemi Rafsanjani.

Oil prices fell early on Monday as Iran increased exports undermining efforts by other oil producers to curb a global fuel supply overhang and as U.S. drillers increased activity for a 10th week.

A U.S. Navy destroyer fired three warning shots towards four of Iran’s Islamic Revolutionary Guard Corps vessels on Sunday after they closed in at a high rate of speed in the Strait of Hormuz, two U.S. defense officials told Reuters on Monday.

Araqchi: Violation of JCPOA intolerable under any excuse

Iranian lawmakers in an open session of the parliament on Monday approved a bill which mandates the government to develop the country’s missile capabilities.

Supreme Leader of the Islamic Revolution Ayatollah Seyyed Ali Khamenei will lead mass prayers for the body of the deceased Ayatollah Akbar Rafsanjani during his funeral ceremony on Tuesday.