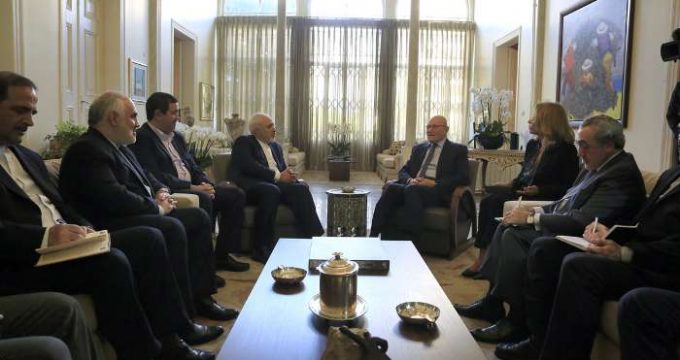 Zarif and the Lebanese prime minister underlined necessity to expand cooperation between the two countries in new era after election of President Michel Aoun.

They exchanged views about formation of the Lebanese new government and the regional conflicts and the critical humanitarian situation in Syria.

General Michel Aoun was elected by absolute majority of Lebanese parliament representatives on Monday October 31, 2016 as the 13th Lebanon president.

Zarif is due to meet with head of al-Mustaqbal Party (Future Movement) Saad Hariri.
Hariri is expected to form new government of Lebanon on Tuesday as well.