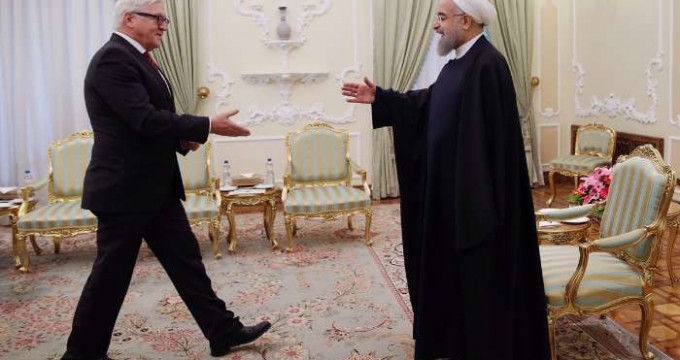 Arms, financial supply to terrorists must be blocked: Iran’s Rouhani

Iranian President Hassan Rouhani has described terrorism as a serious threat to the entire world, including Europe, calling for measures to stop financial and arms supply to terrorists.

The US House of Representatives has approved a bill aimed at hindering the implementation of Iran’s historical nuclear agreement with the P5+1 group of countries.

Raiffeisen Bank International (RBI) as one of the major banks in Austria plans to open a branch in Iran, a member of RBI board of directors said Tue.

Germany sees no need for mediation in Iran-Saudi row

German foreign minister said Tehran and Riyadh seem not to need any mediator for rapprochement, after Saudi Arabia’s severance of diplomatic ties with Iran.

Adviser to Iran’s supreme leader said that there are prerequisites for the creation of an alliance between Iran, Russia, Syria and the Hezbollah group.

Iranian Parliament Speaker Ali Larijani lashed out at Saudi Arabia for waging war against the regional states, saying the policy is doomed to failure.

Deputy petroleum minister for international affairs and commerce said releasing the blocked equipment of Iran’s oil industry topped the agenda of his negotiations with the visiting German delegation here on Wednesday.

Iran seriously concerned about impact of US double-standards on N. deal

Secretary of Iran’s Supreme National Security Council (SNSC) Ali Shamkhani said Tehran is becoming increasingly concerned about the US double-standards and irrational conducts vis-a-vis the implementation of the nuclear deal.