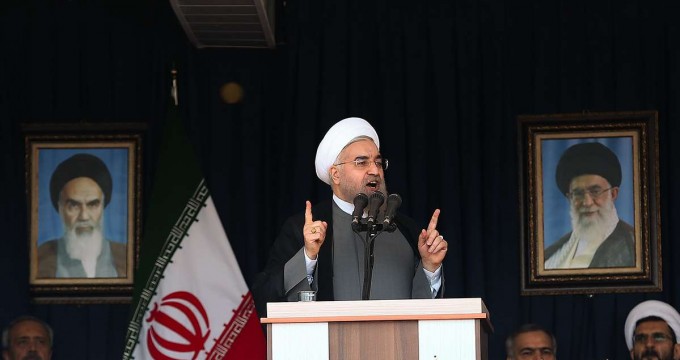 Rouhani: JCPOA should be used to bolster solidarity

President Hassan Rouhani said the Joint Comprehensive Plan of Action (JCPOA) should be used to bolster solidarity and function as a platform for further economic leaps.

Iranian Deputy Foreign Minister Seyed Abbas Araqchi said that Tehran is ready to enter a new phase for the implementation of the nuclear agreement signed by Iran and the six major world powers in Vienna in July.

President Hassan Rouhani said the government is following up the case of stampede in Mina during this year’s Hajj pilgrimage through diplomatic and legal channels.

Minister of Petroleum Bijan Zangeneh called for launching reputable legal firms in Iran in the wake of the removal of sanctions saying commercial law in Iran needs to be vitalized.

A senior commander of the Islamic Revolution Guards Corps (IRGC), who was killed by terrorist groups in Syria, has been laid to rest in the western Iranian city of Hamedan.

Iran warns of spread of terror beyond Middle East

Iran’s foreign minister has warned about the spread of regional terrorism and extremism beyond the Middle East region.

Deputy FM Seyyed Abbas Araghchi has dubbed Iran as ‘the island of stability in the region’, capable of maintaining all regional countries’ security.Abbas Araghchi made the remarks at the commemoration ceremony of UN’s 70th anniversary held in Tehran on Monday morning which was attended by Deputy Secretary-General of the United Nations Jan Kenneth Eliasson.