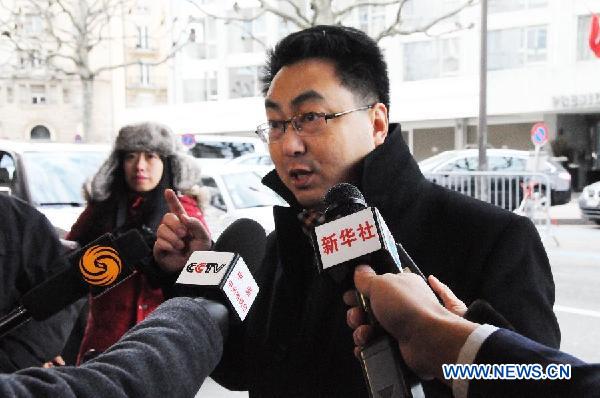 Wang Qun, Director-General of the Arms Control Department of China’s Foreign Ministry, said that China is putting in “all efforts” to make progress on a lasting nuclear deal with Tehran.

LAUSANNE (Sputnik) — Chinese negotiators at the ongoing Iran nuclear talks in the Swiss city of Lausanne are putting in “all our efforts” to make progress on a lasting nuclear deal with Tehran, the country’s chief negotiator told Sputnik on Saturday.

“Throughout the process we are contributing, and we put [in] all our efforts,” Wang Qun, Director-General of the Arms Control Department of China’s Foreign Ministry, said answering Sputnik’s question.

Qun stressed that China has been actively seeking to settle differences that are in the way of a framework accord. The sides have until March 31 to draft a political deal before they proceed to finalize a comprehensive agreement by July 2015.

“This round of process China has been very forthcoming by coming up with a series of proposals to help to bridge the gaps even at this last stage. And this is the purpose of my minister’s coming here,” Qun told journalists.

Iran has been increasingly under pressure from the six major world powers – China, Russia, France, Britain, the United States and Germany – to prove that its controversial nuclear research is for purely peaceful purposes.